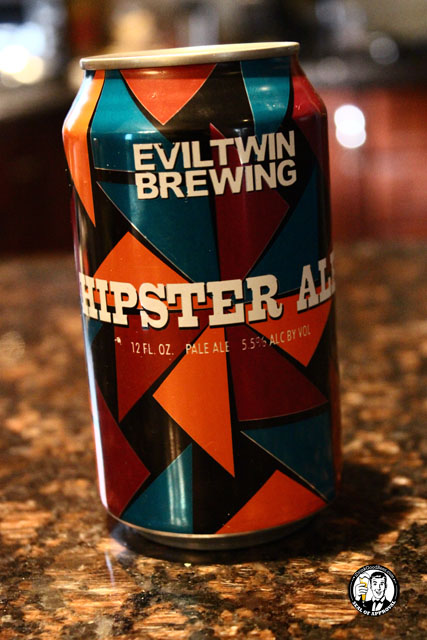 Hipsters are a breed of creature that tend to elicit mixed responses from the masses – admiration (perhaps), bemusement, even outrage. I for one believe there is a little hipster in all of us. Any time you have ever protested or refused conform to the norm, is in fact an out-flowing of your inner hipster essence. That’s science. Upon a recent venture to Brooklyn in NYC I took a trip to Bierkraft to sit down and have a few pints. I also had some packaged goods on the mind. Bierkraft has an awesome selection of bottles to grab out of their cold cases and sometimes decisions can be tough. There are bottles and cans from around the world; common beers, rare beers, and weird beers fill the cases and shelves, essentially a liquid Mecca for any beer nerd out there. 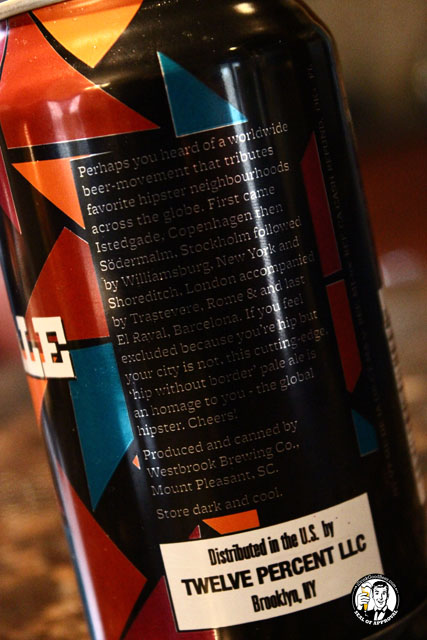 In my opinion (and I include myself in this), being a beer nerd pretty much makes you a hipster. I for one am sick of the norm that is on my liqour store shelves and am always seeking something that is far beyond the beaten path. I want the beers that aren’t in my market – one offs and just plain weird selections, so when it was time to tab out at Bierkraft and get something to go I couldn’t help but to snag up a couple cans of Evil Twin Brewing Hipster Ale. I had never had an Evil Twin Beer before, so I was cheesin’ pretty hard when I saw it in the fridge. About sixteen dollars later I was the proud owner of four cans of the coveted Pale Ale. It was a damn good beer and my first taste of the beers that Jeppe Jarnit-Bjergsø brews over at Evil Twin; it led me to try the Bikini Beer when I visited Oblivion in Orlando and fueled an interest in visiting his new bar, Tørst, in Brooklyn. Hipster Ale will always be remembered as my first Evil Twin beer and definitely not the last. I have yet to be disappointed by any of their brews and I hope to try more of Jepp’s brews as the days go on. Cheers to hipsters around the world and cheers to Evil Twin Brewing for making this tasty pale ale.