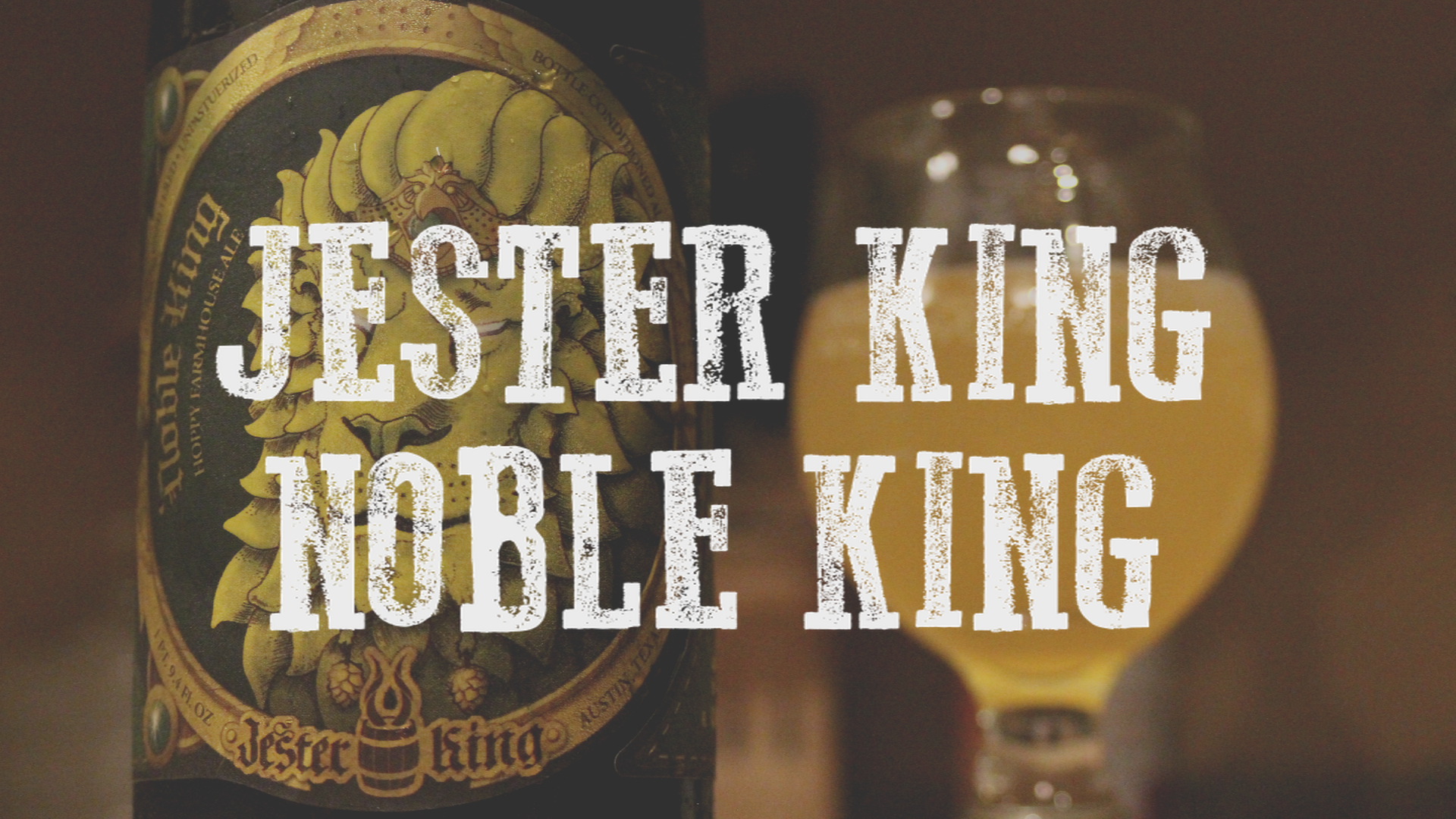 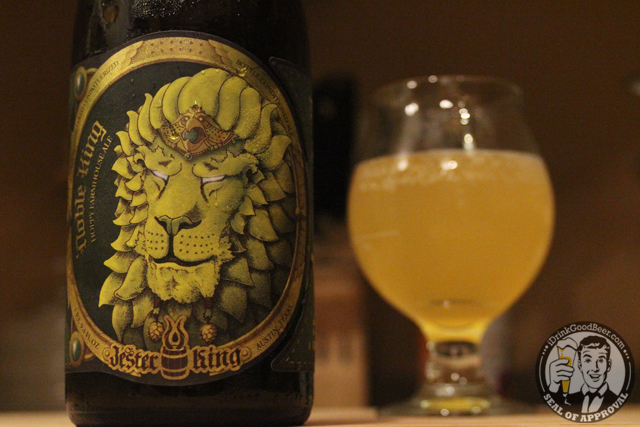 Since the sour game is getting popular here in the US, we are starting to find out about more and more breweries that make them. Since 2009 Texas based, Jester King Brewery, has been making beers with wild yeasts found in the hills surrounding Austin, and turning out some damn good beer! Hearing so much about their beers over the past few years, I was more than eager to try out Noble King and really get a feel for what Jester King is all about. 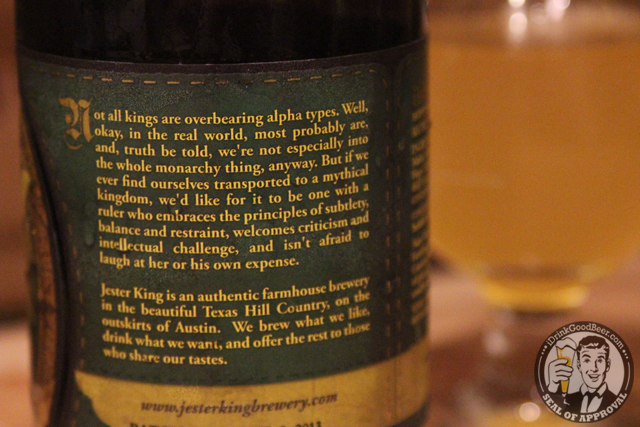 Noble King is a hoppy farmhouse ale with wild yeast from the Texas hills, organic wheat, souring bacteria, and of course Brettanomyces. Suitable for both vegans and beer nerds, this brew is not overly sour and a good gate way sour in my opinion. 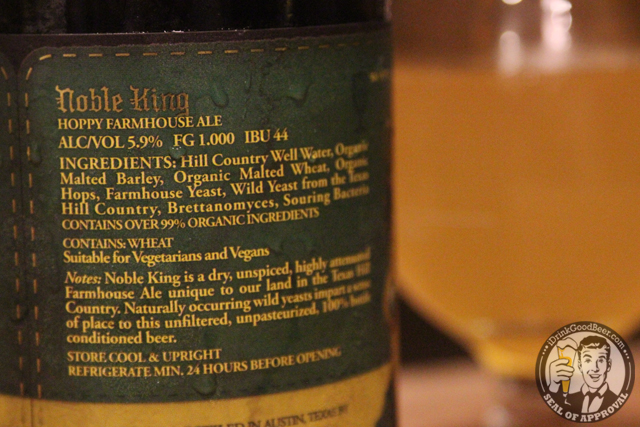 There are not too many breweries out there that put all their specs on the bottle. Jester King lets you know everything you want, including how the beer should be stored. This beer was a real treat, and I am stoked that Adam brought this back from his travels. Having Noble King definitely has peaked my interest to try more beers from Jester King. I have a good feeling that everything they make is great and fits right in with the American sour scene. Cheers -Casse