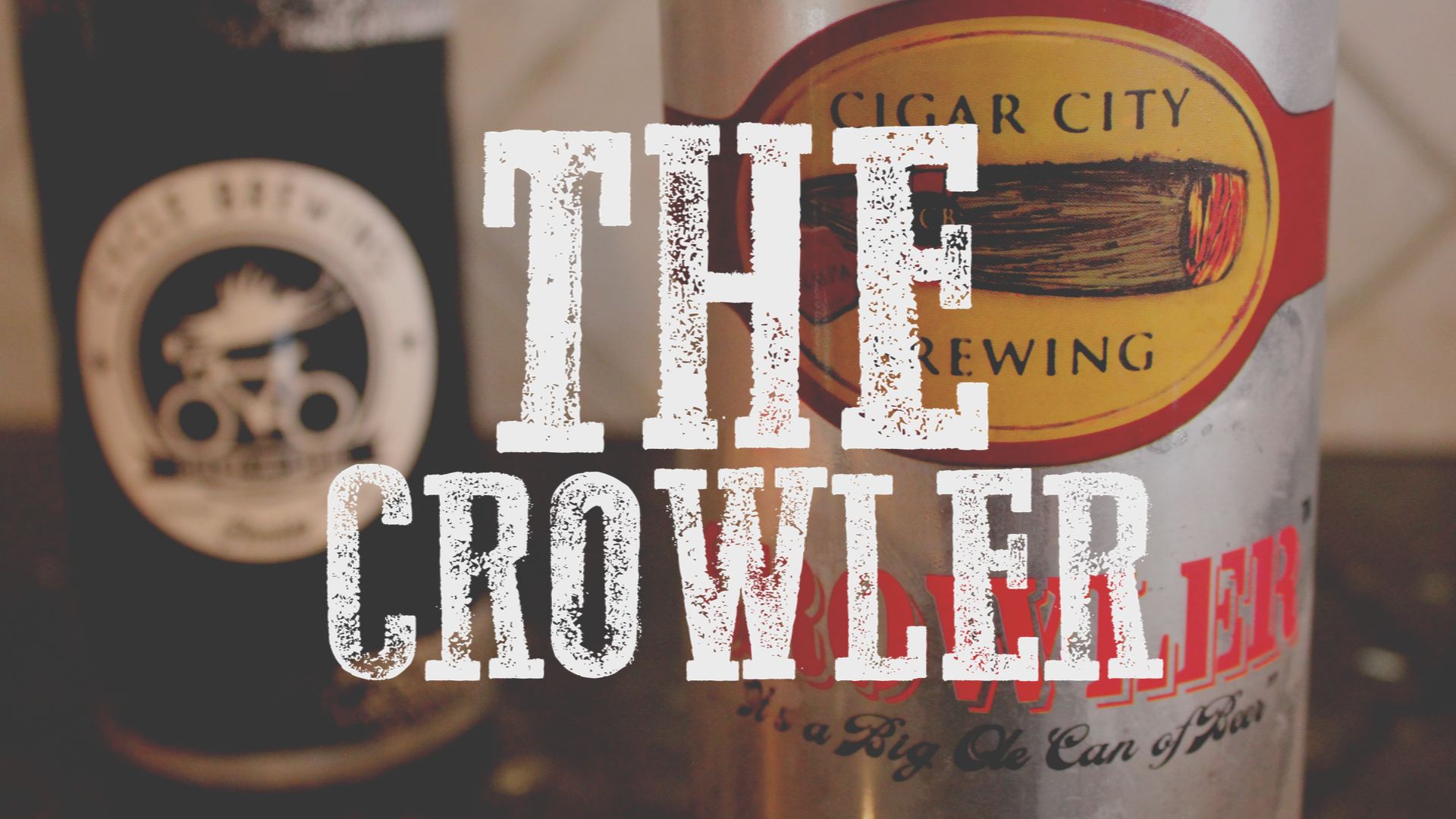 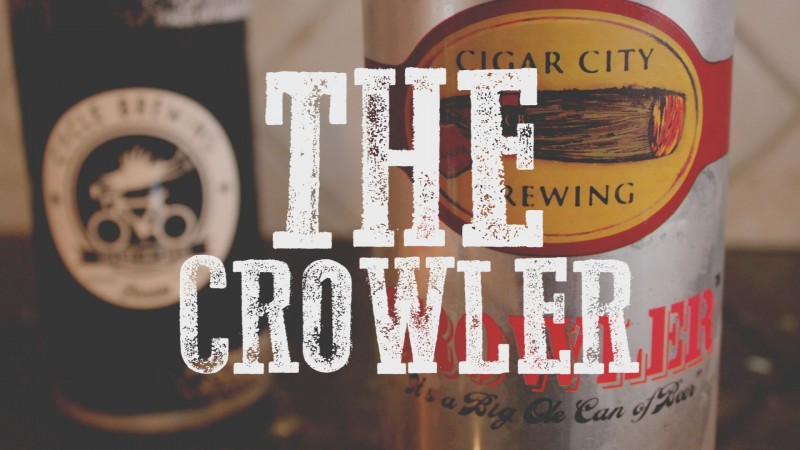 Are Crowlers the future of take-home beer?

A quart of fresh, craft draft, canned while you watch … how could that not make a play for your container affections, get you to break the glass habit, maybe even let you reclaim some shelf space from that surplus of empty growlers we all keep like hopeless, beer-crazy jug hoarders. 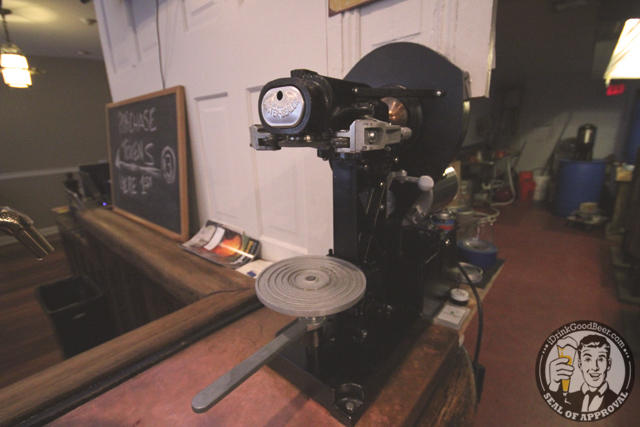 If Crowlers sound new to you, it’s because they are, a fresh turn on packaging draft beer to go. We have canned craft beer pioneer Oskar Blues to thank for the idea. The folks behind great beers like Dale’s Pale Ale developed and patented the countertop machine that seams a fresh lid atop a 32-ounce, tall boy aluminum can – filled at the bar or brewery tasting room taps – for a customed-canned brew that stores easily in your fridge and offers a shelf life you’ll love. Our friends at Cigar City and Cycle Brewing put Crowlers on our radar. In our area, Village Idiot Brewing Company (Mount Holly, NJ) and Hulmville Inn (Hulmeville, PA) are the early devotees. Here’s what they have to say: 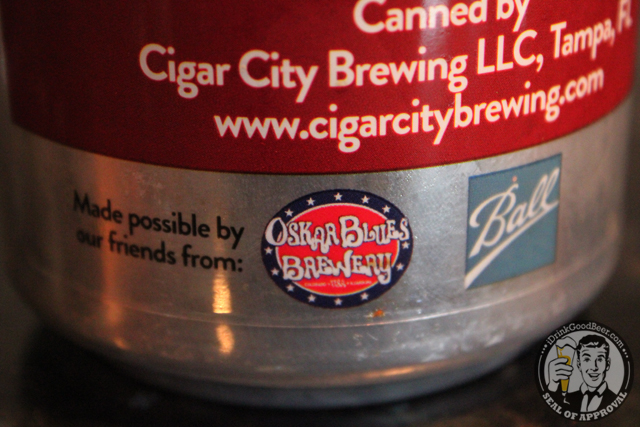 And as a beer drinker, Crowlers – it’s a trademark, owned by Ball Corp., a giant in the container industry – swiftly won me over. 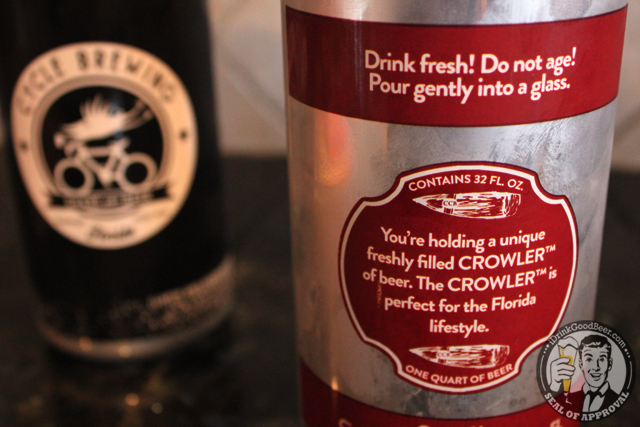 Here’s why: You toss the Crowler empties into your recycling pickup; you don’t have to worry about rinsing a growler when you’re done (so it’s not funked up for the next fill), or figure out where to store the empty glass. 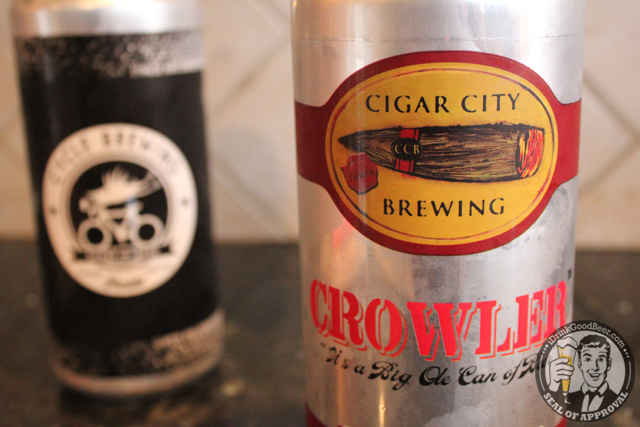 For that matter, you don’t even have to remember to bring a jug with you when you go on your next brewery or bar trip. The Crowler stock is already there, and it’s way cheaper than buying fresh glass (plus a fill), if you did forget!

Each of these Crowlers was $8 filled. If you catch Cycle on a Monday, they have half-off crowlers, so you can get fills for as low as $5. Come on! It’s fucking brilliant. 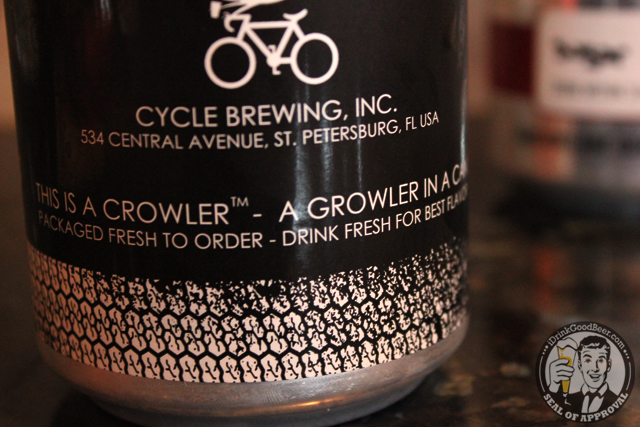 For around $3,000 you can get set up with the countertop sealer and get an order of cans through Oskar Blues for nominal fee. We had these sent up to us from Cigar City and Cycle. 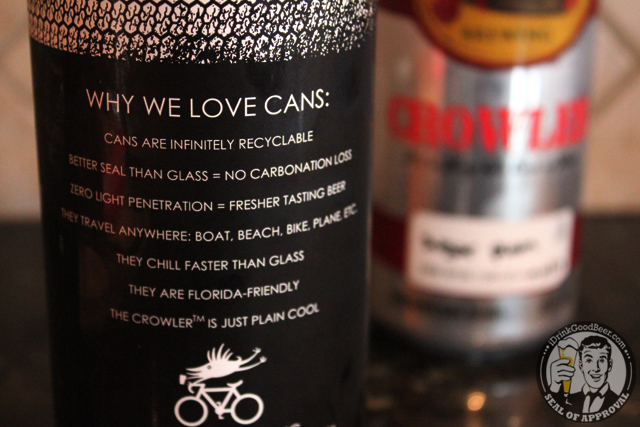 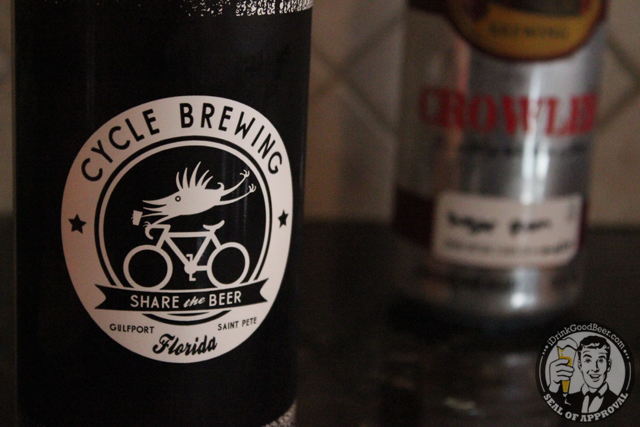 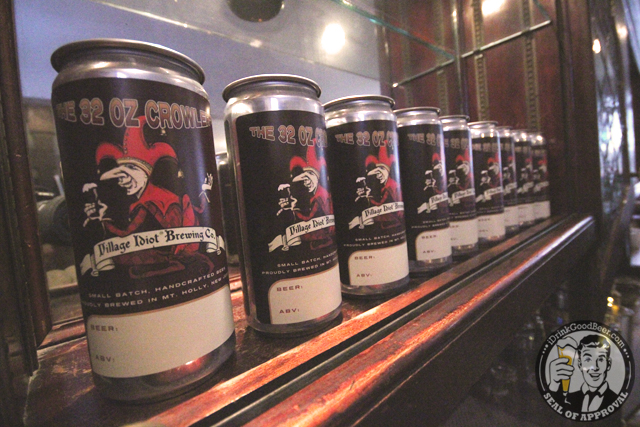 So are Crowlers, indeed, the future?

We’re betting they’ll have a big role in it. The can is definitely convenient, takes no longer to fill and seal than a growler, and the beer keeps well in the fridge. The more places offering Crowlers will doubtless make equipment and can-stock prices more attractive.

For those bars and breweries with the space (it takes up about the same amount of room as a kitchen stand mixer) and willingness to spring for the sealer will find themselves in a unique position to offer their patrons take-home draft beer like they’ve never had before.