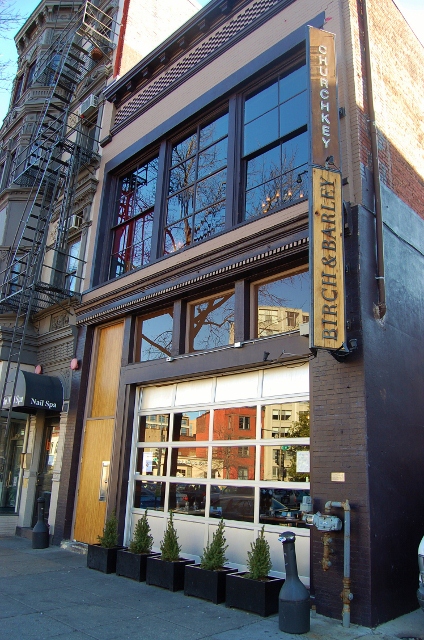 While only in operation since 2009, itâ€™s safe to say that Churchkey is already legendary among beer drinkers who know where to go while in Washington DC to drink good beer. It’s hard to say enough about how staggeringly great the beer selection in this place is, but if you don’t want to hear excessive gushing and only have enough time to read another sentence, make it this one: Churchkey has a 30-page bottle list (550 different beers) and 55 taps (5 of which tap into casks). 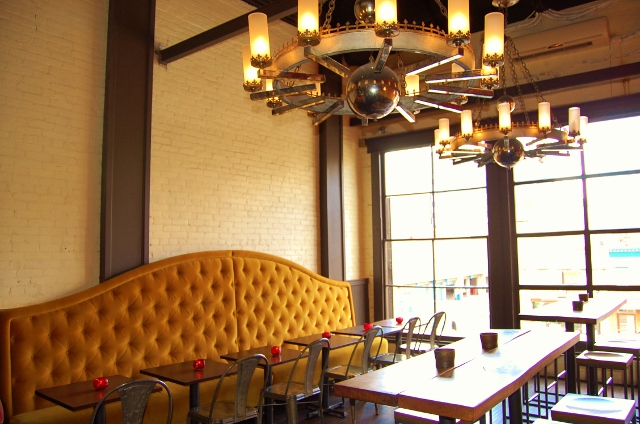 As you finish climbing the stairs to the bar (Birch & Barley, Churchkey’s other half, is the downstairs restaurant), you’ll see the above room to your right, whose floor-to-ceiling windows let in every available ray of sunlight. I slipped in just before the bar opened, which is the only reason you don’t see people drinking and eating off of Churchkey’s stellar and affordable bar menu (think mac-and-cheese sticks, tater tots, and pork enchiladas; all of the menus are available online: ChurchkeyDC.com). 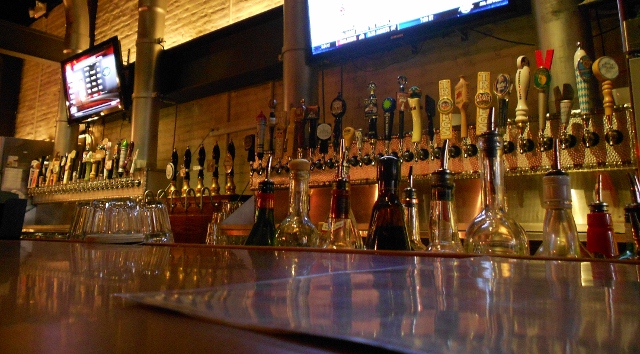 Stretching through the entire middle of Churchkey is the bar, behind which zip bartenders pulling 50+ taps of what can only be described as the most diverse, satisfying selection of beer I’ve ever seen. 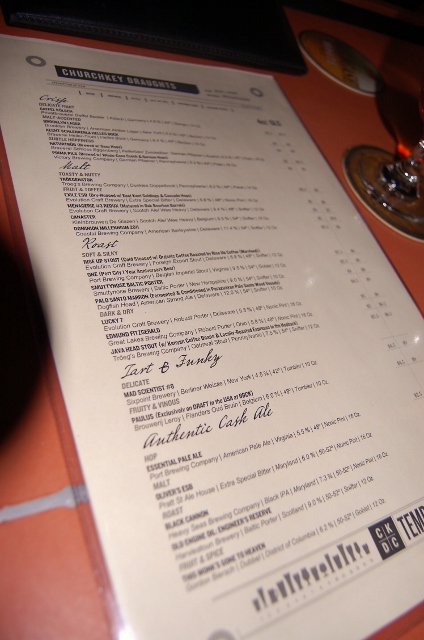 The draft menu is the front and back of one page, and it somehow feels really good in your hands (it’s printed on that thick paper you’re always supposed to put your resume on but never feel like spending the extra $4 on at Staples).

One beer you won’t find on the menu is Guinness. A guy came in an ordered one (why?) and was politely told that Churchkey doesn’t carry it. It was a great moment, for some reason. (In that same vein, a couple came in and ordered mixed drinks. Why go to this bar if you’re not going to drink beer?) 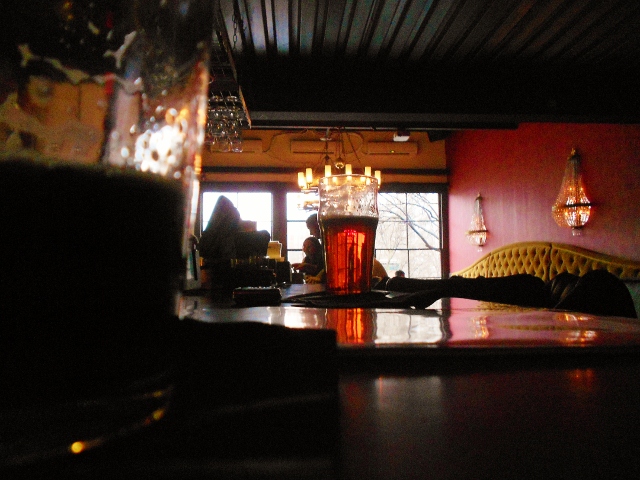 The beer menu is impressive and honest-to-God intimidating, as you feel like you’ll pick the “wrong” beer (you already know I’m going to say it: There really is no wrong beer here). The Â wondering about what this or that beer would have been like instead of the one in your glass becomes palpable. So then you give up drinking full beers in favor of samples, which run from around $2 to around $4 and are served in 4-oz. snifters (this is more beer than it sounds like). My wife and I learned this strategy a little too late in the game our first afternoon there. 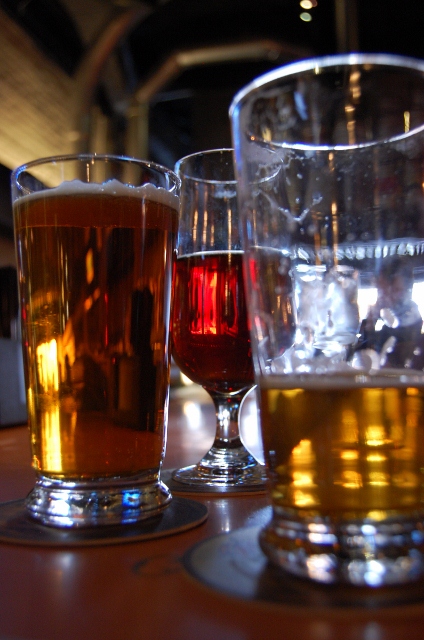 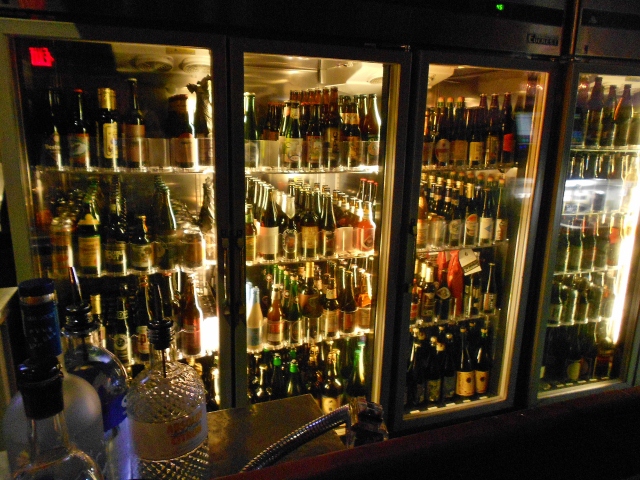 The bartenders know their beer, and it’s easy to tell that they love working here (you might think they all have a hipper-than-thou attitude, but they were all very friendly and helpful). Despite how busy this place gets (the word that comes to mind is mobbed), the service never gets bogged down (we landed two miracle seats at the bar later on, so if the crowds slow down the service to the tables, I don’t know about it). 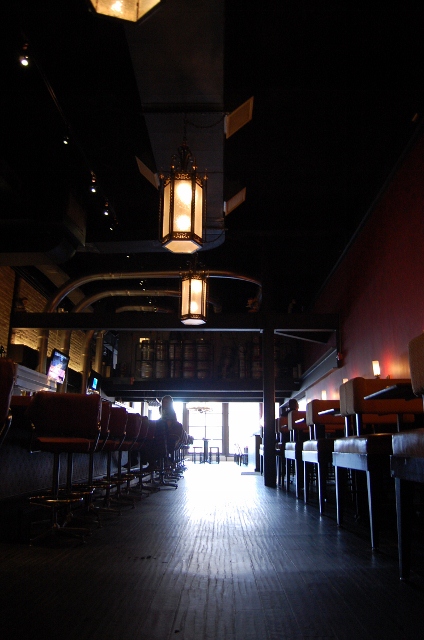 The space pictured above is a sea of people once Churchkey fills up, and a funny and obvious thing happens: Those who were lucky or early enough to get seats watch those standing nearby suspiciously, as though one wrong shift on the bar stool could cause a mutiny and the seated could end up seatless. As mentioned, we had great seats at the bar, so I’ll just go ahead and admit that you also feel much cooler as one of the seated. 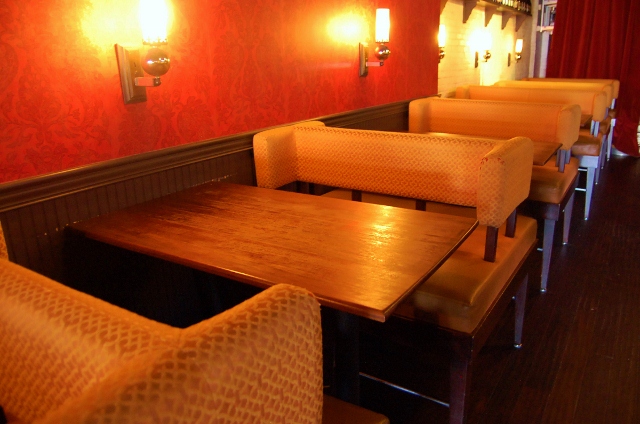 The SRO crowd sidles up to this handy plank to set down their beers and eye the rest of us, conspiring for our seats. 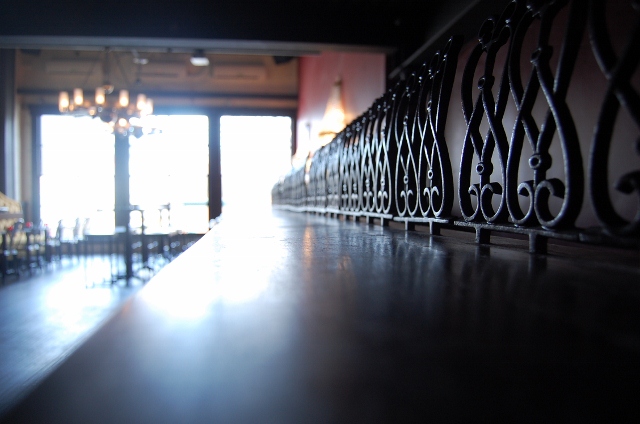 The booths in the back of Churchkey are cushy, and no one who ever gets in one wants to get out. 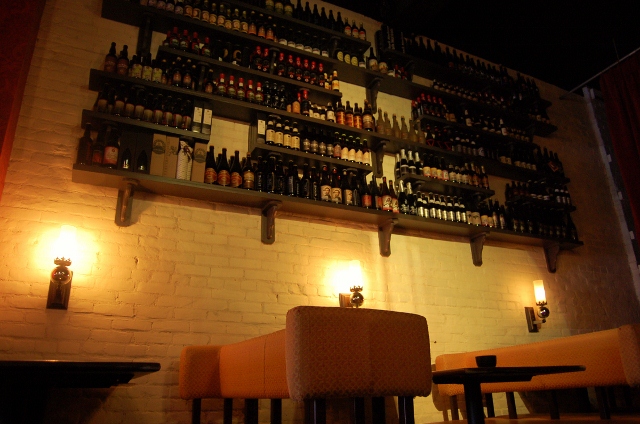 Above them lurks a massive shelf with about 500 beer bottles, a minor feat of engineering and a great decoration. Back behind Oz’s velvet curtain is a room used for spillover and private parties. It was pretty close to pitch black back there, even with the lights turned up (and this picture only shows half of the room). 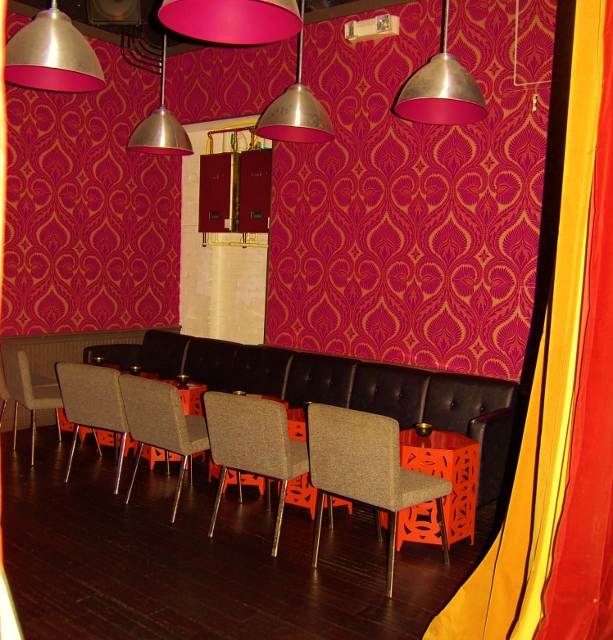 All in all, Churchkey is about as good as it gets in terms of offering up beer that you’ve never seen before, have been dying to try, or thought only existed in myth (I’m thinking here of Black Damnation Mocha Bomb, which tastes like tobacco and coffee and murder, and it may have been one of the best beers I’ve ever had). We ate dinner downstairs beforehand, and the cohesion between the decor, service, and menus of the two halves of the business is remarkable, and both are worth the trip.

The building is just around the corner from the P Street Whole Foods and a block west of Logan Circle.