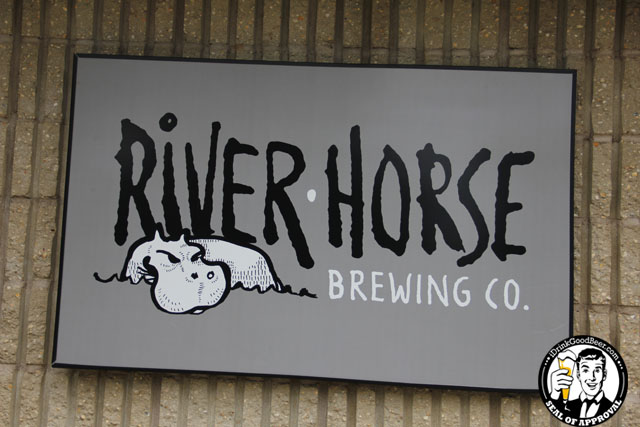 We recently spent some time at the new River Horse facility, working on a film showcasing their digs and talking about the transition from the old building in Lambertville, New Jersey. If you remember our last trip to River Horse, you would know that they had been brewing in their Lambertville location since they opened their doors in 1996.  Supplying the thirsty cities of New York and Philadelphia, and also satisfying the home market of NJ (and another in Connecticut), River Horse could only do so much at that facility. The decision was made to move on and get a bigger and more comfortable place that they can grow into over the next few years.They have finally settled in the town of Ewing right outside the state’s capitol of Trenton. The new facility will keep production going and enable River Horse to fully satisfy their current markets and more. 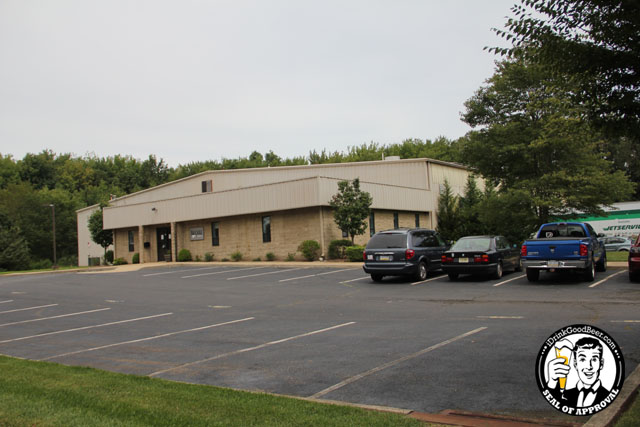 From the outside it looks like a normal building in another Jersey industrial complex but the inside is something else entirely – take a look. 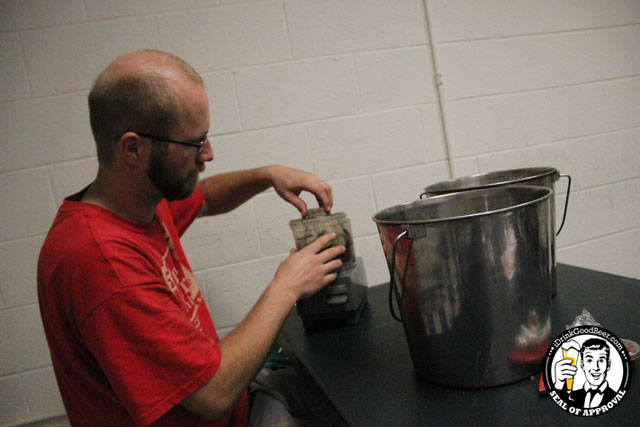 We got there bright and early to meet up with Chris Rakow (Head Brewer). He was getting the spices ready for a brew of their imperial pumpkin ale, Hippo Lantern. In the past few months he has been very busy getting set up and going. It is a big undertaking when you are expanding your brewery, but Chris and his gang got everything up and running at the new facility in about a month’s time, getting batches of beer going right away. 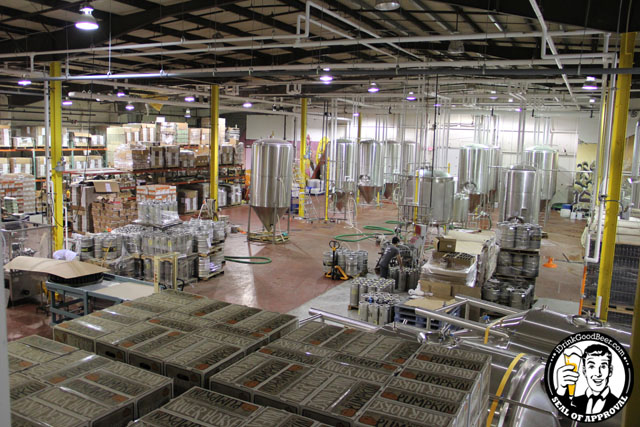 The inside of the new facility looks like something out of Breaking Bad. 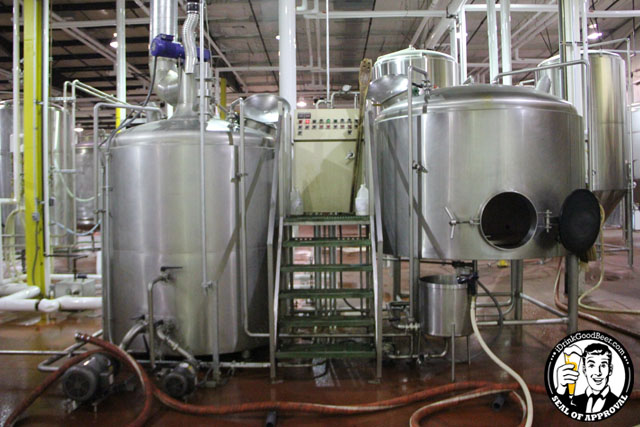 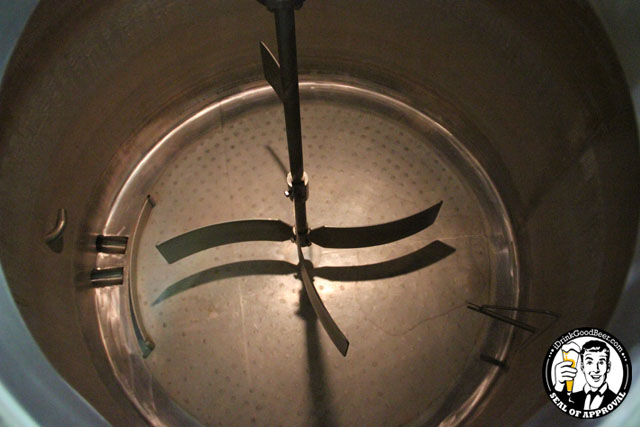 They are currently waiting for their new brewhouse to arrive, so in the mean time they are using their old one. The old decoction system has not failed them yet, and it is awesome to see how this mash tun produces a batch of beer. 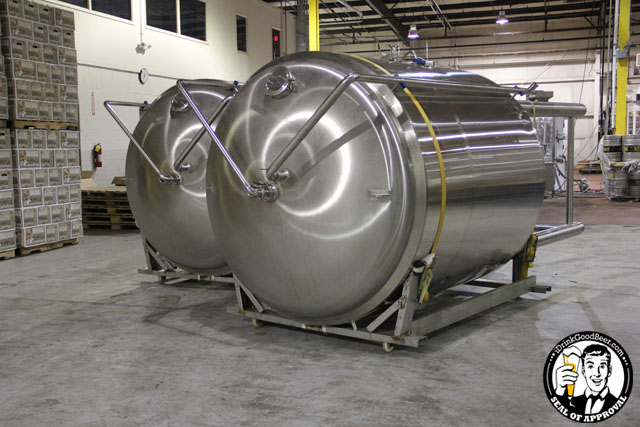 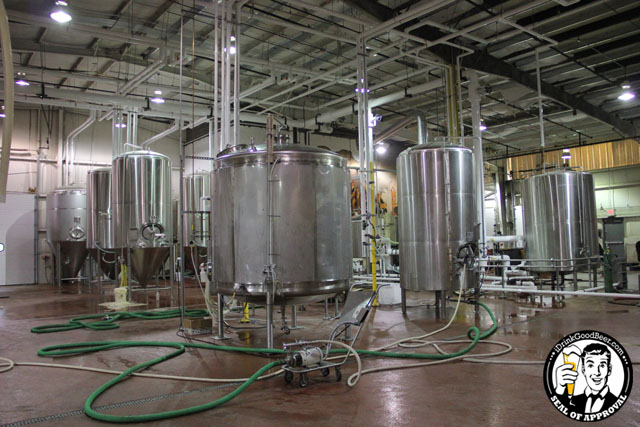 After being at capacity at their old building and moving into this new facility, it only seemed fitting to add some more fermenters. The way River Horse has set things up it will be very easy to get new fermenters online and filled in a day’s time. 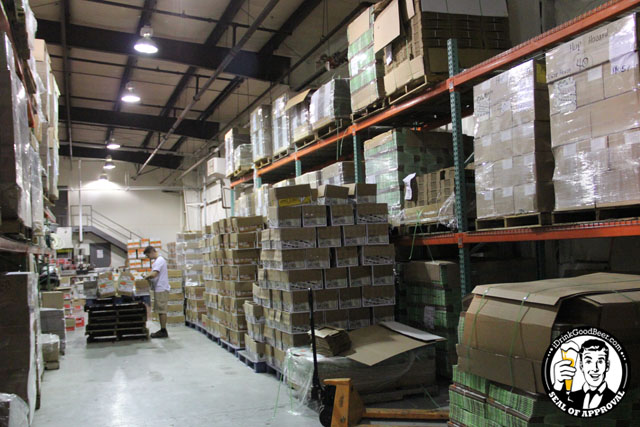 Filling up the new space was an easy task; it’s hard to believe all of this stuff fit in that old two story building. 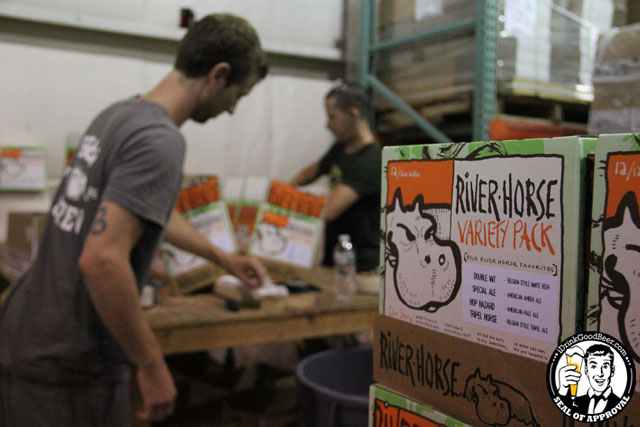 On this particular day they were boxing variety packs. 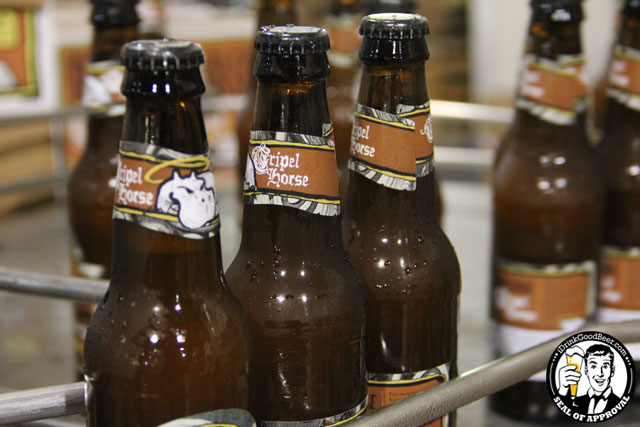 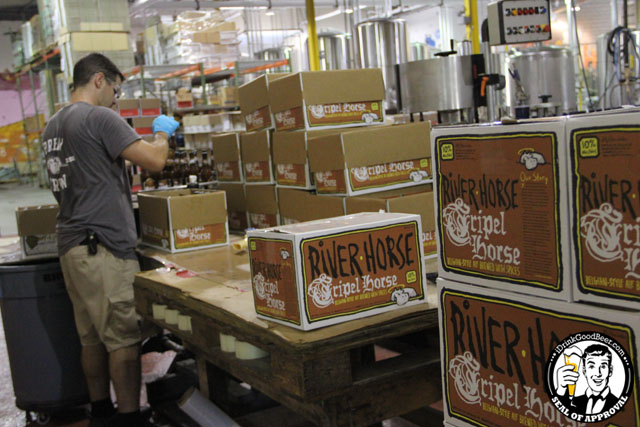 As well as bottling and packaging Tripel Horse. 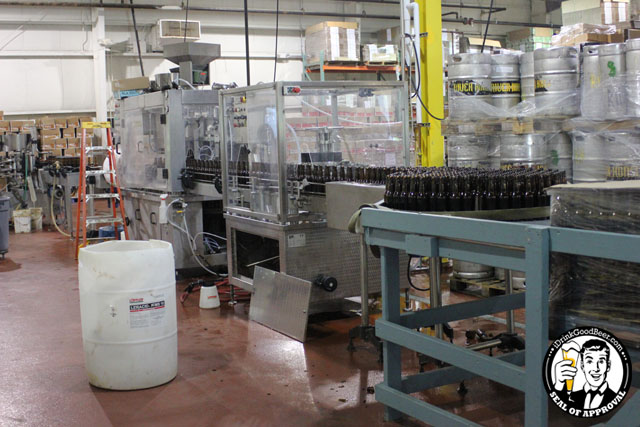 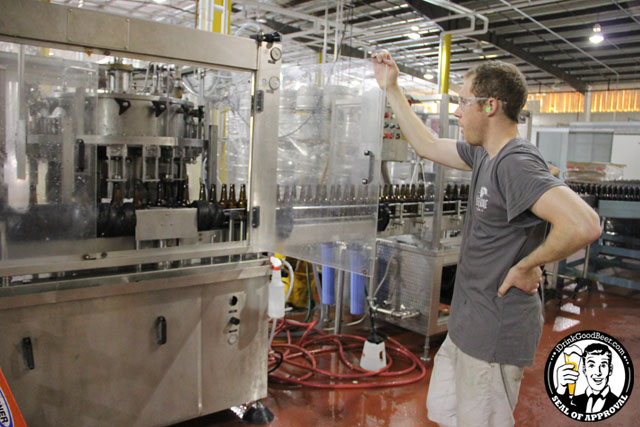 The last time we visited I don’t recall the bottling line running, so it was awesome to see it run. They were up to about 45 bottles a minute and filling about 400 cases of Tripel Horse. 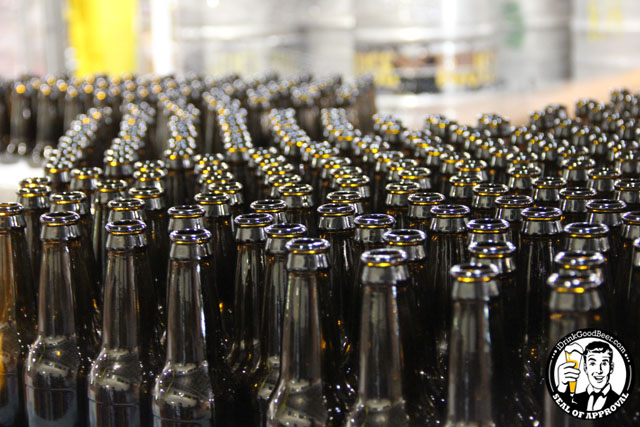 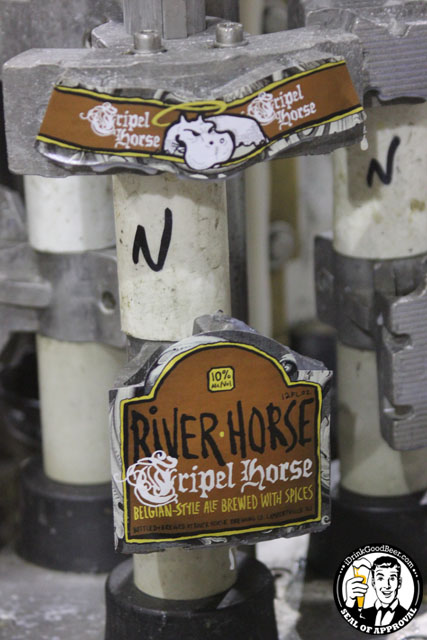 Everything – from the bottles going in, to the labels being slapped on – was fascinating. 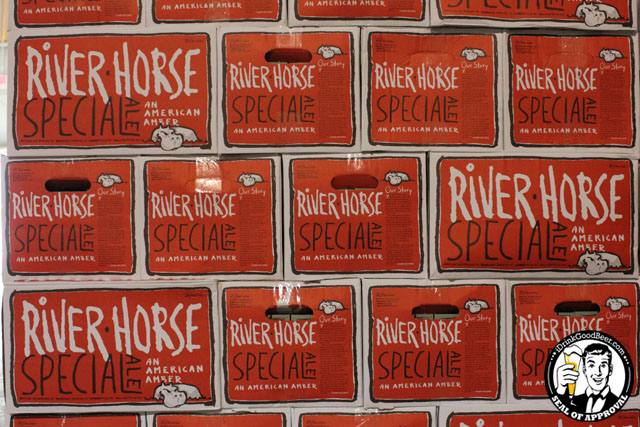 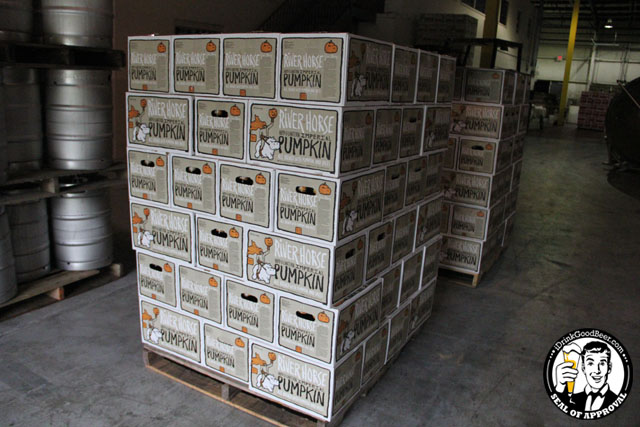 After being in production in the new facility for a few weeks, River Horse was back supplying beer in no time. 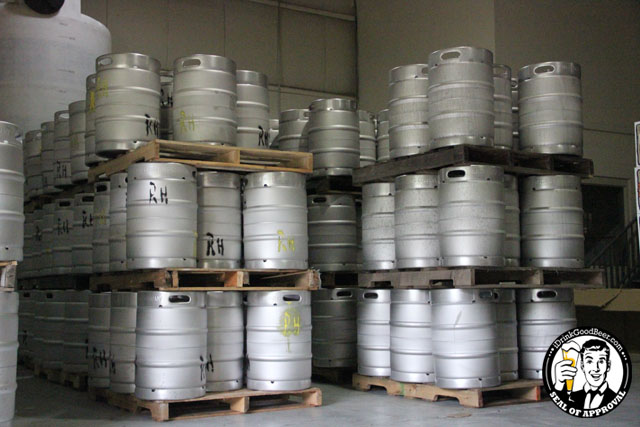 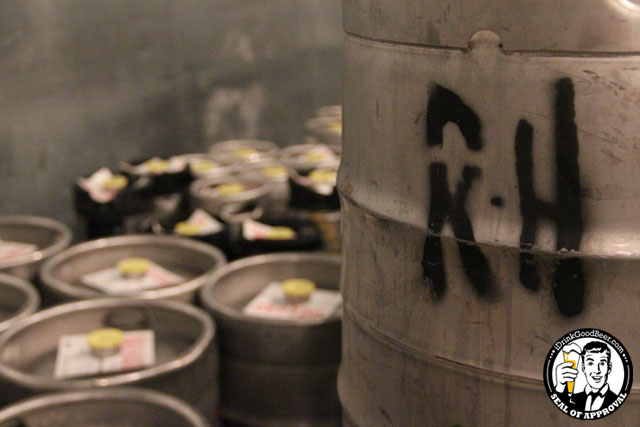 Also with the new facility, River Horse is expanding their draft program. Here are some half barrels waiting to be filled as well as a few in the cold box ready to hit the bars. You can expect to see a lot more draft beer from River Horse around the state in the months to come. 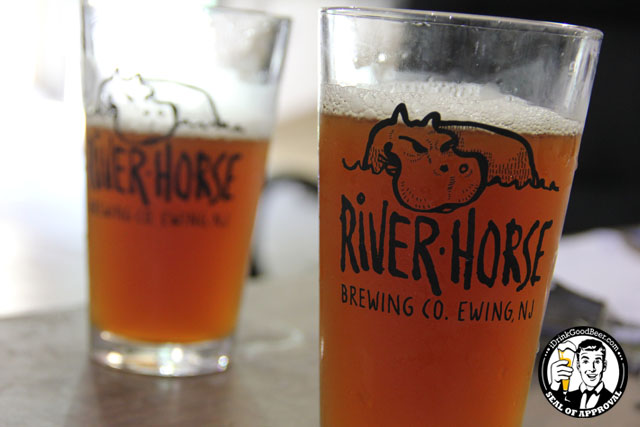 At the end of the day it was time to sample some fresh beer off the fermenter. The smell of vanilla and cinnamon lingering in the air made this glass of Hippo Lantern very special and gave feelings of a fresh start. We are excited for this chapter in the New Jersey beer scene: River Horse has been around for a long time and with this new expansion they plan on staying put for a long time. Congratulations guys, we look forward to years of success and many beers. Stay tuned in the next few weeks as we release our short film including interviews with Chris Walsh (Owner) and Chris Rakow (Head Brewer).