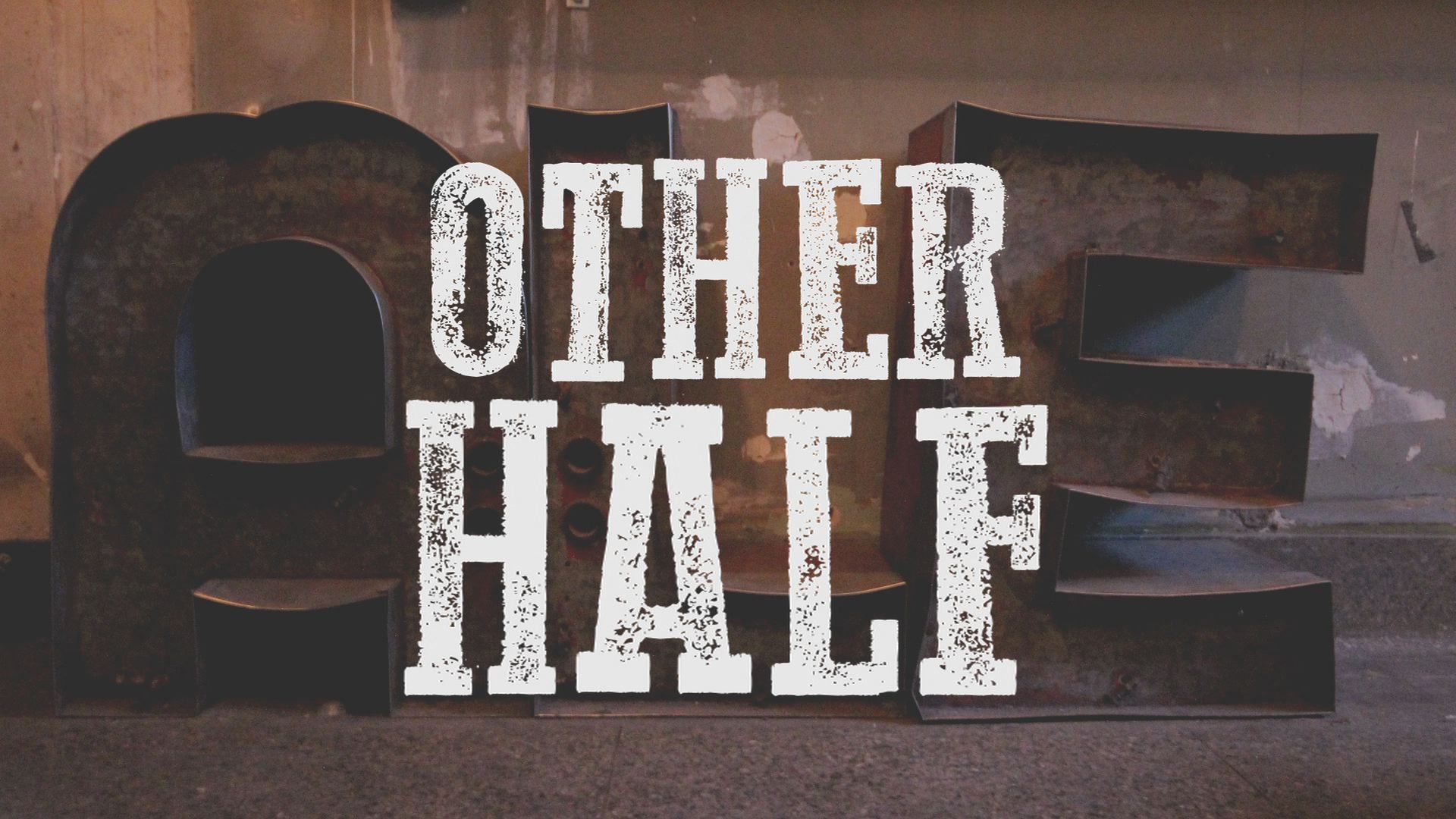 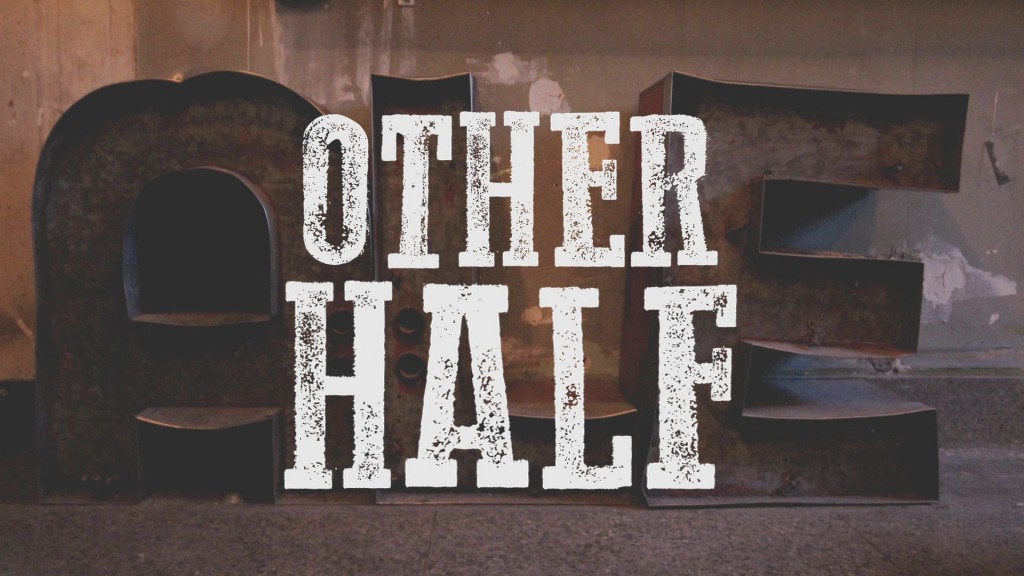 Other Half Brewing is one of the newer beer makers in New York City. Located in the same borough as some bigger names like; Brooklyn Brewery, Sixpoint and Kelso. Other Half is making quite a name for themselves, turning out some tasty IPA’s and farm house style beers. 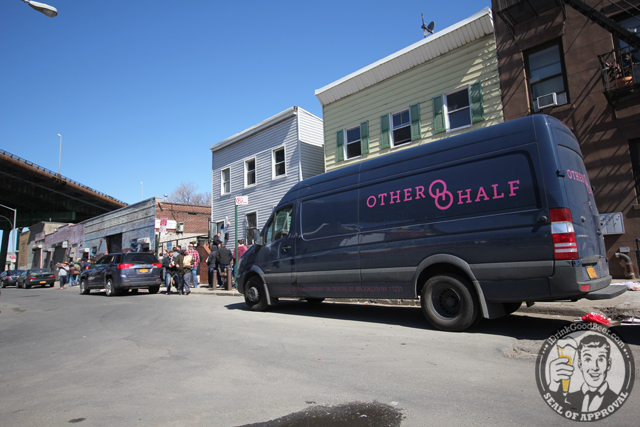 Opening up just about a year ago, Other Half is Brooklyn’s first brewery to open up in nine years. Whether it’s locals getting a growler fill or the weekend visitors,  the brewery has been received with open arms from everyone. 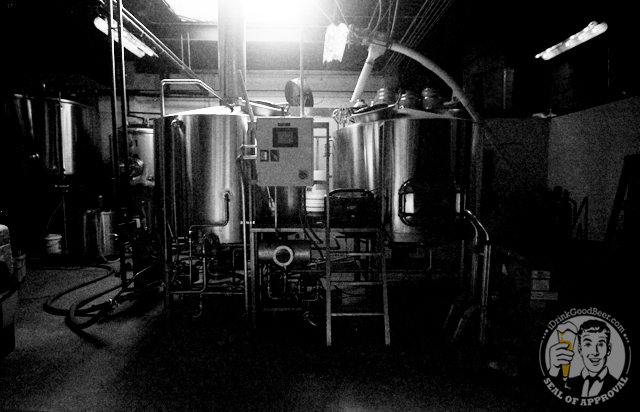 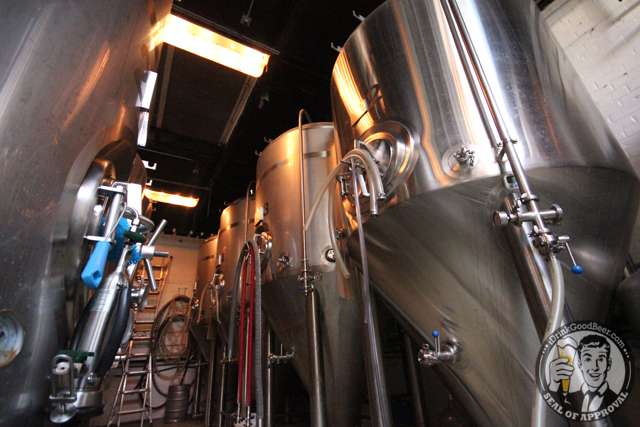 Although Other Half is on the smaller side, they make great use of their space and have recently added a few more fermenters and also have a foudre on the way. 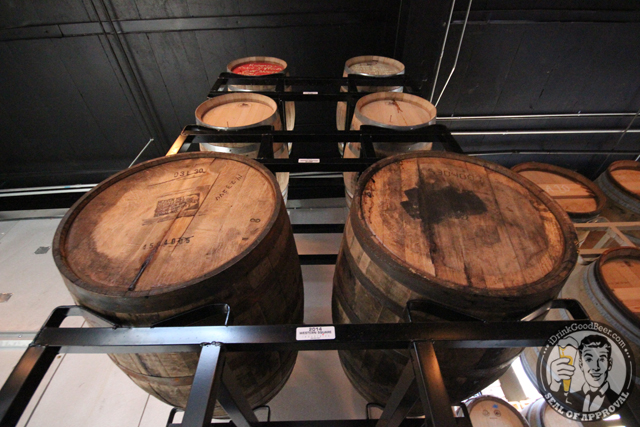 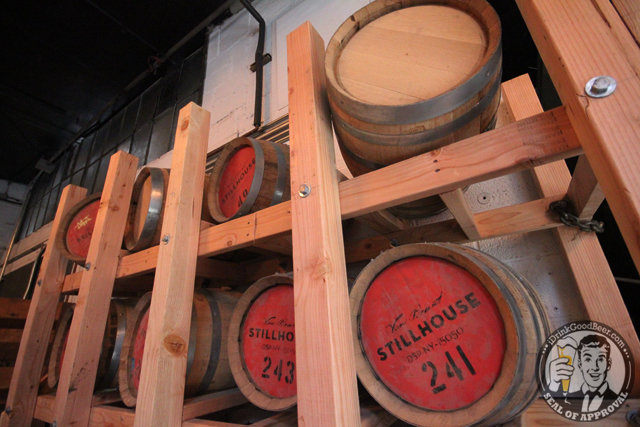 Playing with barrels is always fun. They are doing everything from Saisons to Imperial Stouts. They even teamed up with Millstone Cidery recently to make a blended beer and cider. Millstone is doing some great things and after Sam telling me about them, I think I am do for a trip. 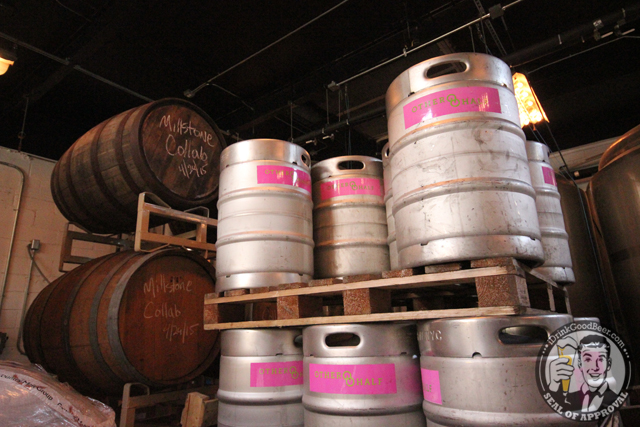 Most of their beer can be found on draft around the city but whats better than drinking at the source? 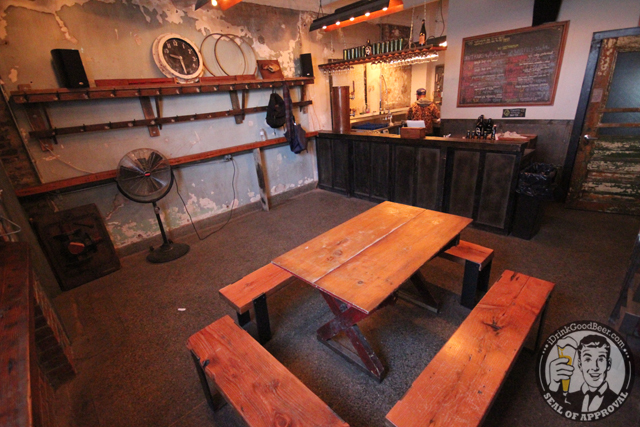 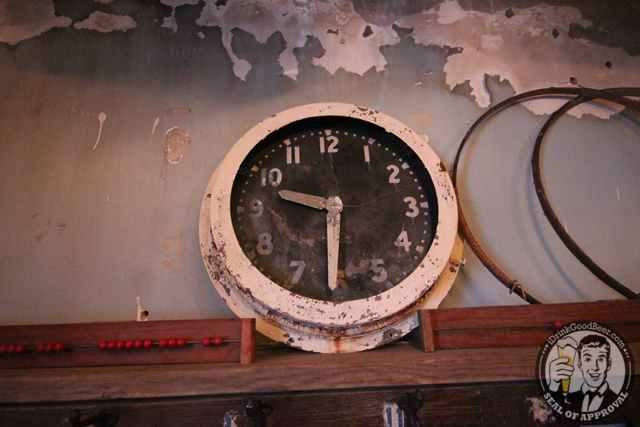 Their tasting room has this industrial, locker room kind of feel. There are plenty of places to hang your jacket or put down your beer if you are hanging around for a few. 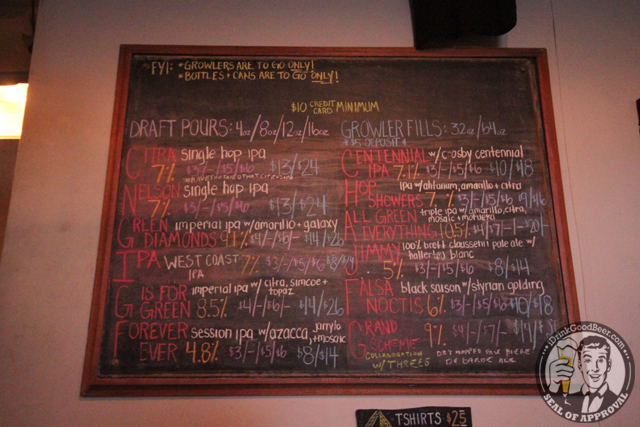 The tap list here is IPA heavy. If you are a hop head, then you will find yourself in heaven. Aside from the hop forward ales, Other Half has many other options in a wide range of styles. I was digging the Grand Scheme, a collaboration beer with near by brew pub, Threes Brewing. 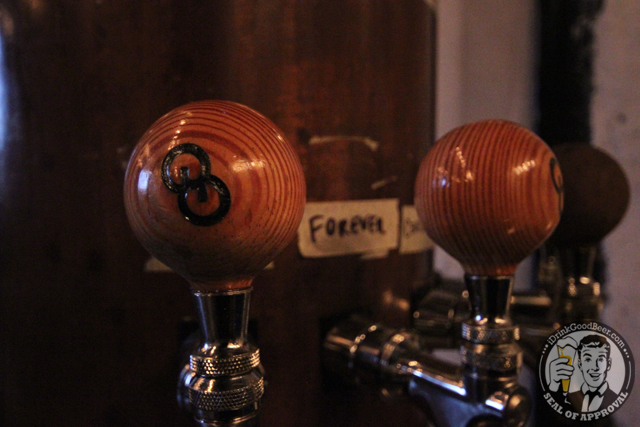 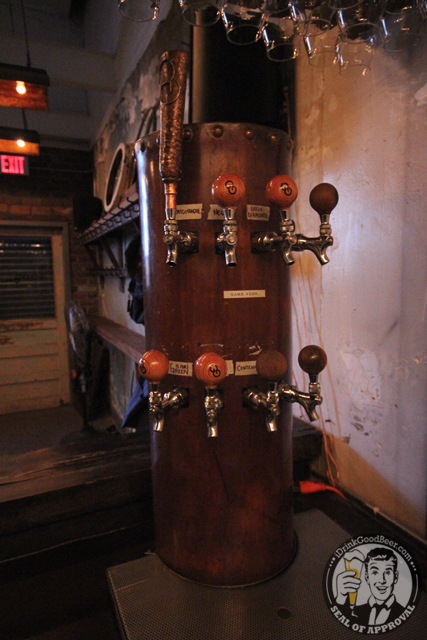 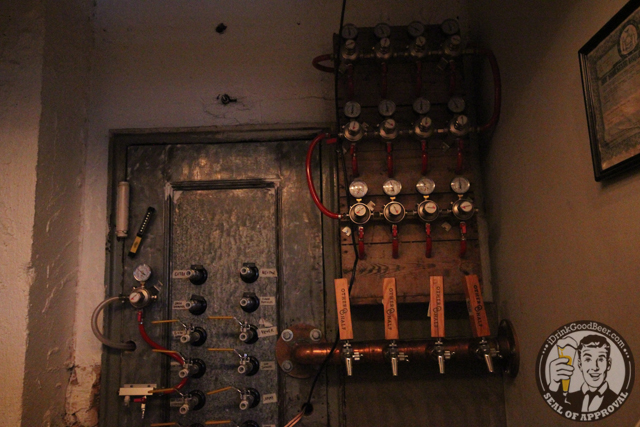 The draft system here is quite nice. With serving taps up front and a counter pressure filling growler station in the back. They are able to get their thirsty customers served with quickness. 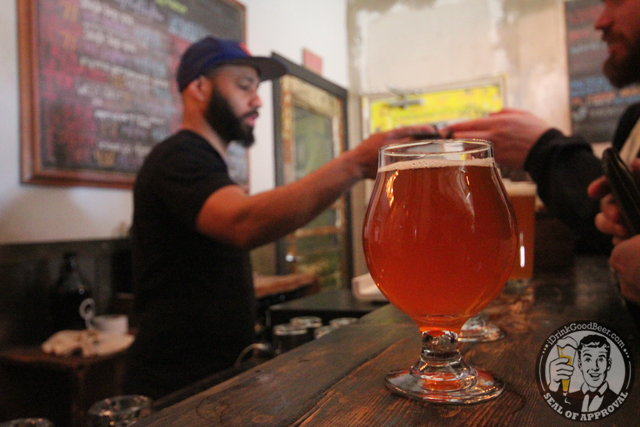 The beers come in a variety of sizes depending on how you want to consume their tasty beer. 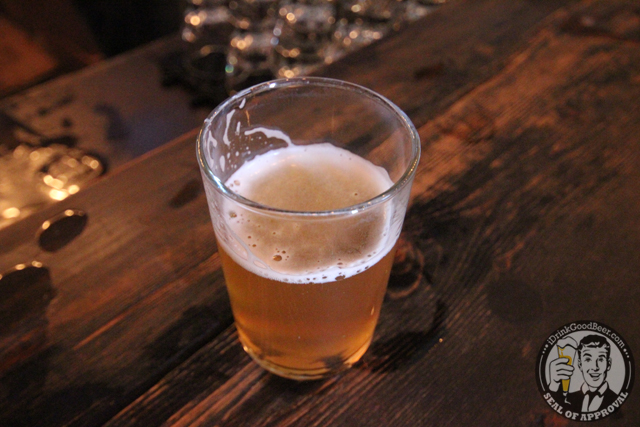 Going with the smallest pour will let you try everything though and something I highly recommend. 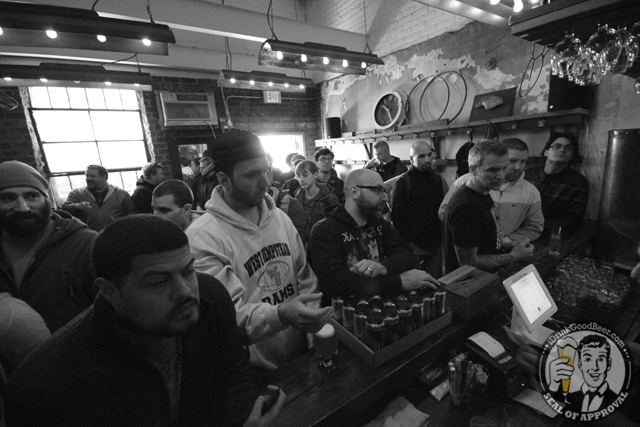 On the weekend you can expect a little crowd but not always. This particular day was a can release so it drew in quite a few people. 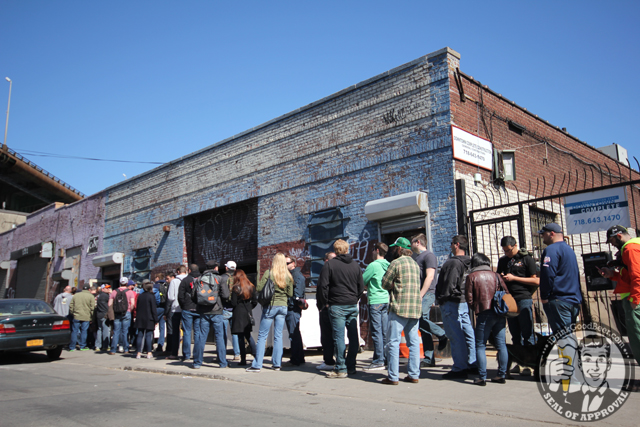 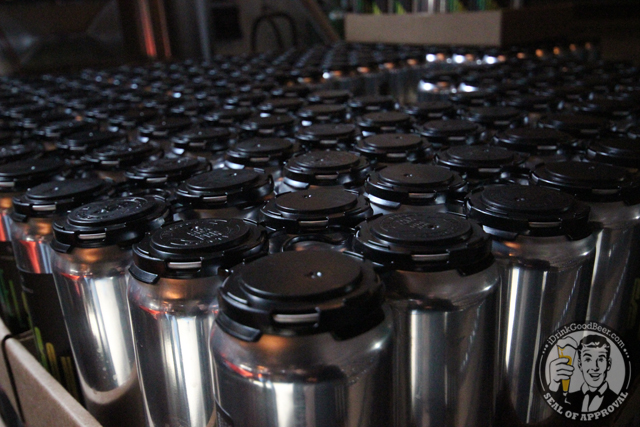 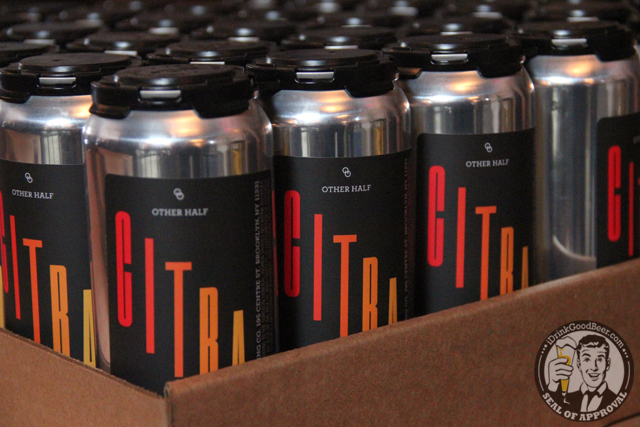 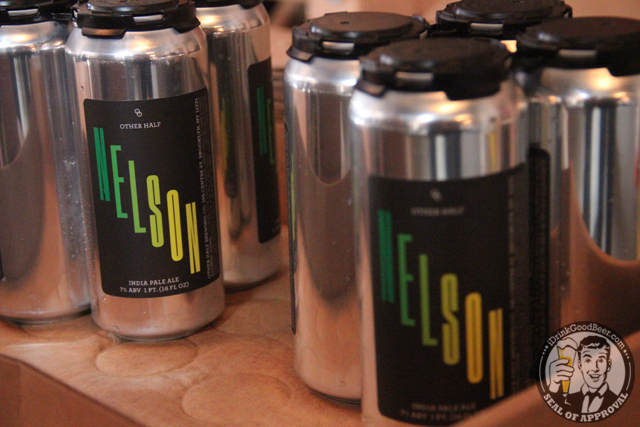 Iron Heart will be here a lot so get used to seeing Other Half in cans. Take a look at this video of one of their canning runs here. 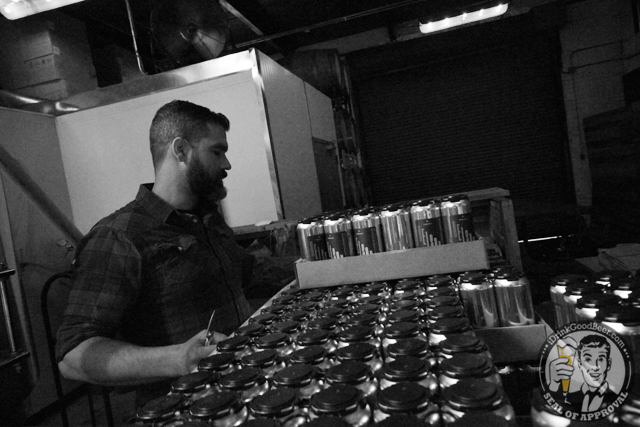 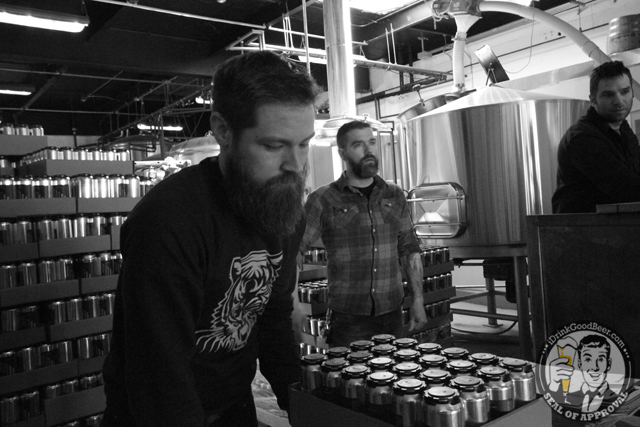 At Other Half  they want you to have their beer as fresh as possible. Selling it days after it was canned and right out of the brewery was the best option for this release. Once the doors were opened, the cases started flowing out the door. 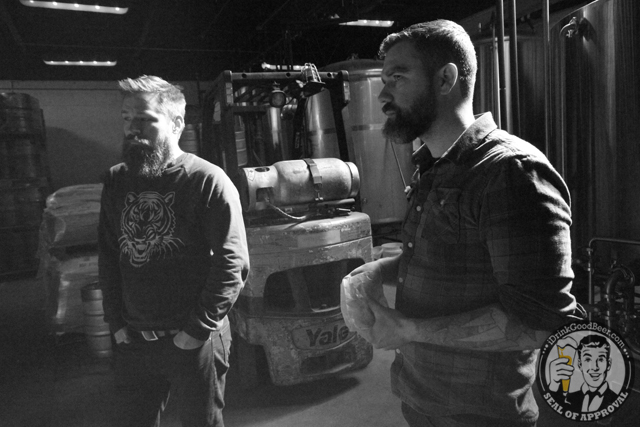 The staff at Other Half are some of the best dudes I have ever might. Here are Co-Owners; Sam Richardson(left) and Matt Monahan (Right). The two of them met at their previous place of employment in near by Red Hook at Kelso. 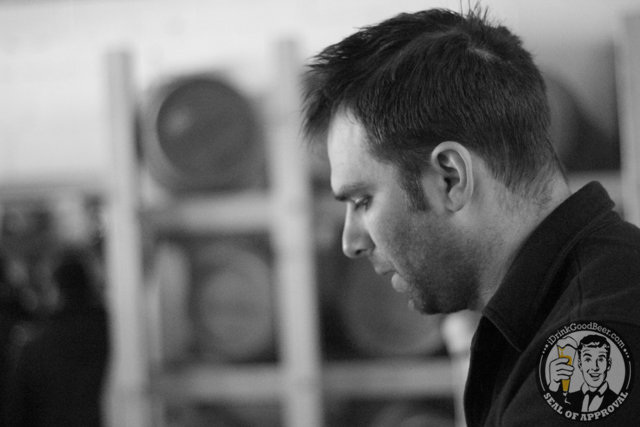 The two of them have teamed up with Andrew Burman to make something really special for the drinkers of New York City. 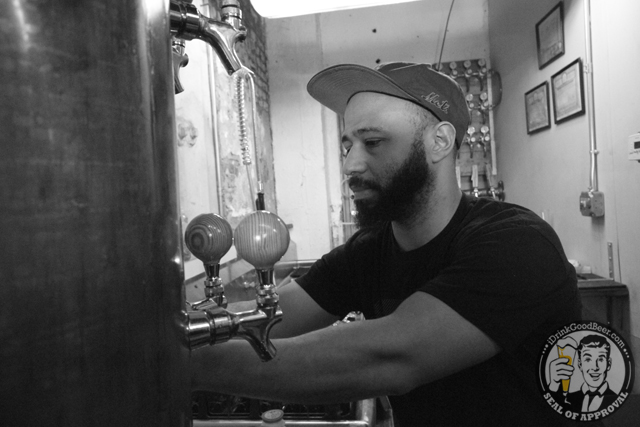 Tasting room manager, Anthony Finley. Always quick to help and we’ll have you in and out for your growler fills. 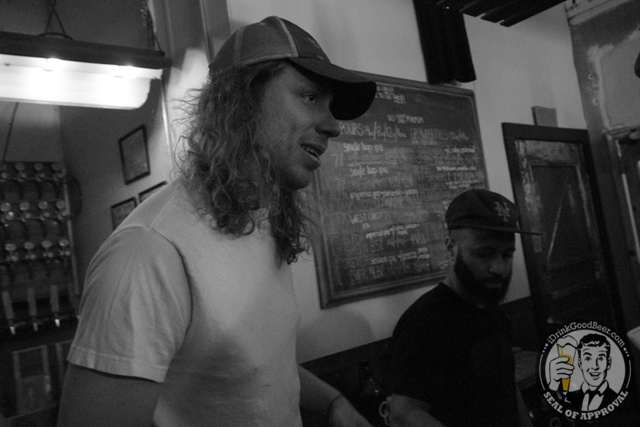 If you drink in Brooklyn, then you already know Joe Tracy. The former Bierkraft manager has found a new home at Other Half and is a great addition to the team. 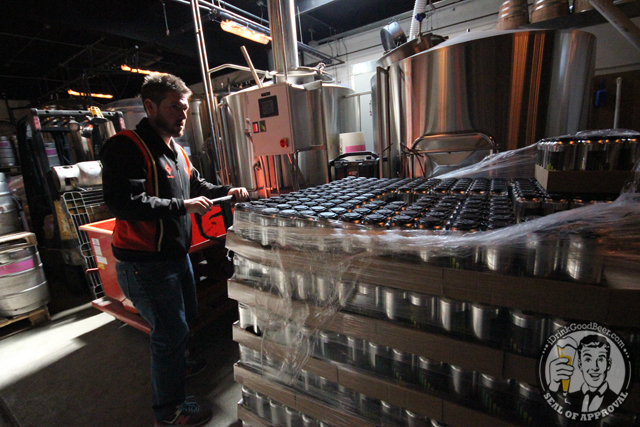 Jesse Ferguson is a familiar face on our site. Jesse has joined Other Half to stay in his neighborhood of Brooklyn and help them as they continue to grow and spread their beers around New York. 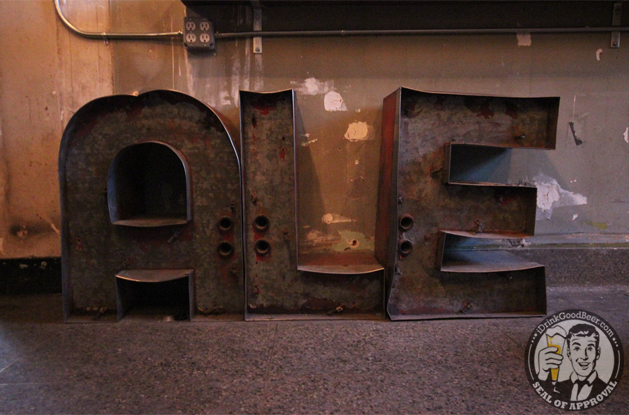 I probably sound like a broken record with these closing paragraphs but thanks are truly needed with every blog we write. So thanks to everyone at Other Half for having me out. It was a crazy day and I appreciate them letting me run around there playing paparazzi. They have really touched on something and are a big player in the resurgence of craft beer in Brooklyn. This is hands down some of the best beer in the country and I expect things will go quite well for them in the near future. They are making some fantastic beers and have a great crew to support it.

If you find yourself in NYC. Do yourself a favor and take what ever mass transit or uber you can to Carroll Gardens, Brooklyn. You won’t be disappointed by anything at Other Half.