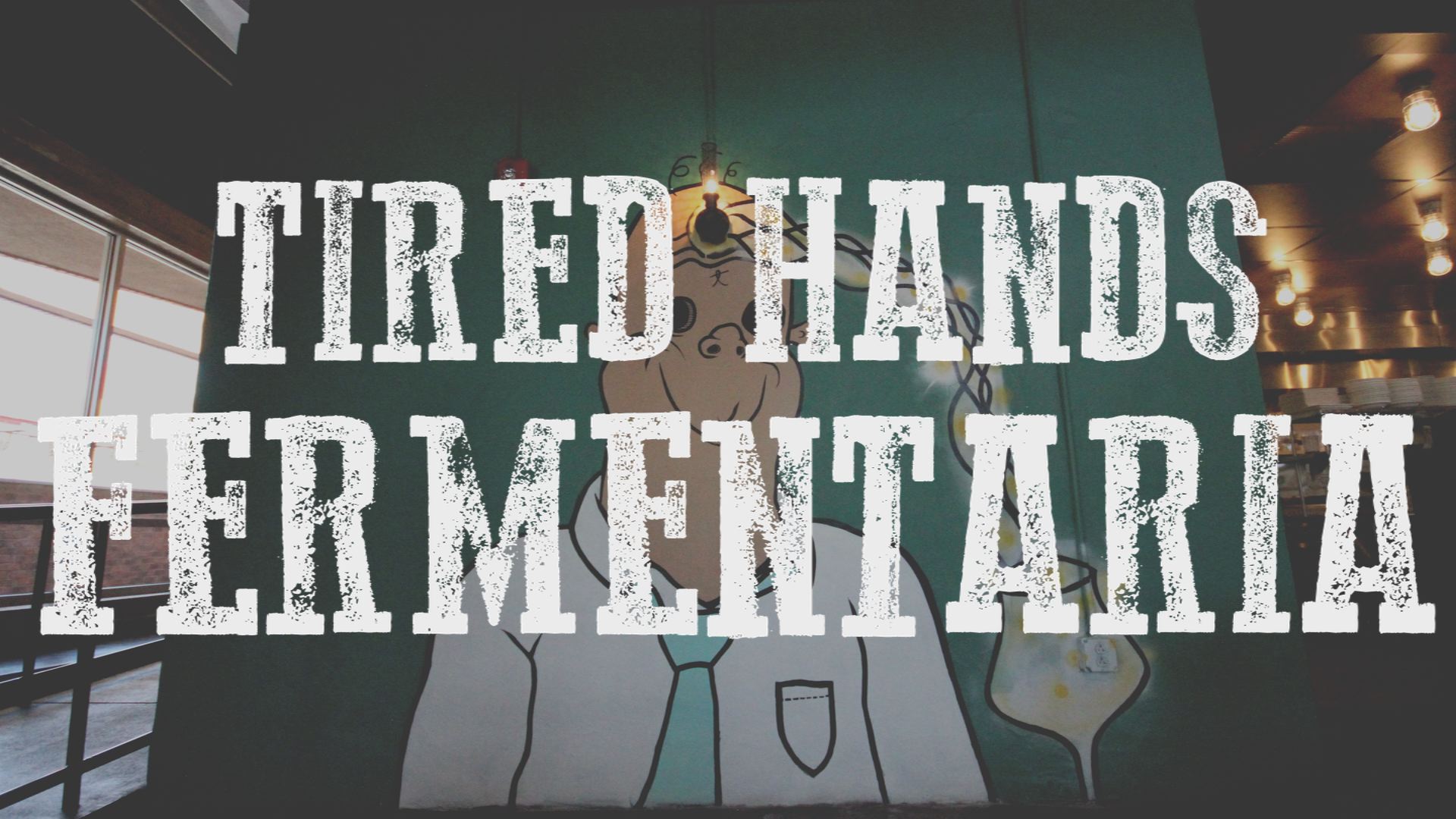 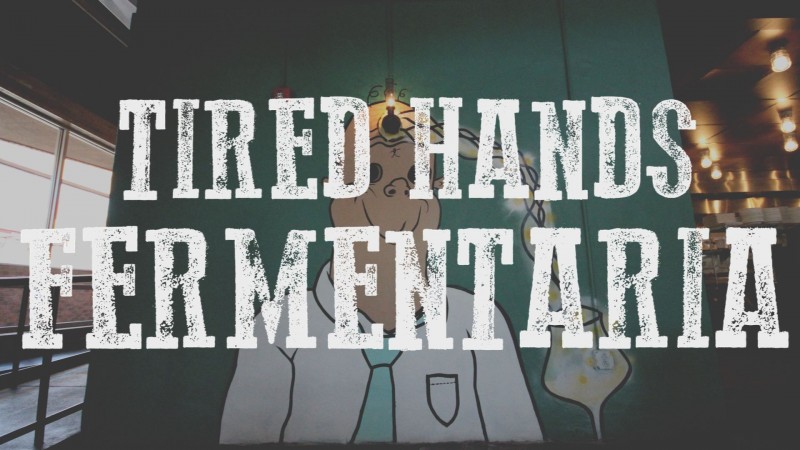 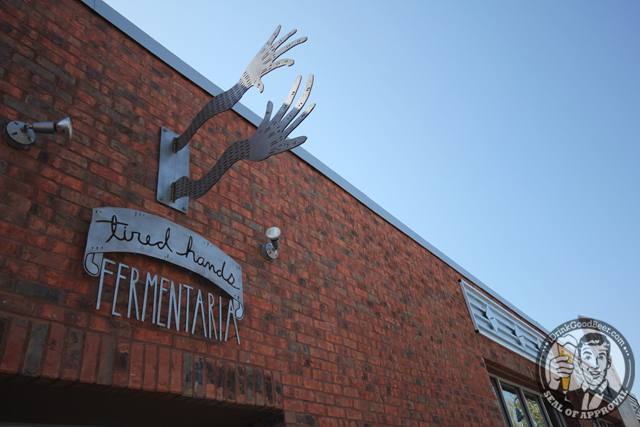 Literally right around the corner from the Brew Cafe lies the next chapter for Tired Hands and a building they are calling the Fermentaria. Having outgrown the brew pub, Jean decided it was time to take Tired Hands to the next level. 14 months in the making and here we are. 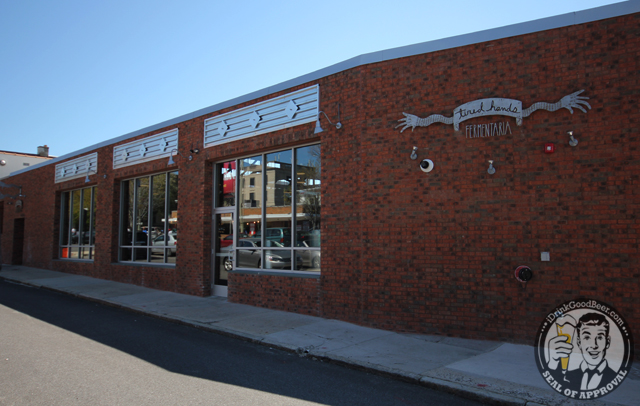 I would say they have some room to grow here. Wouldn’t you? 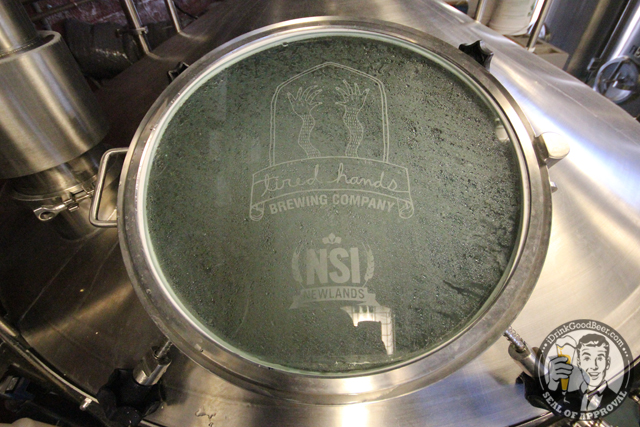 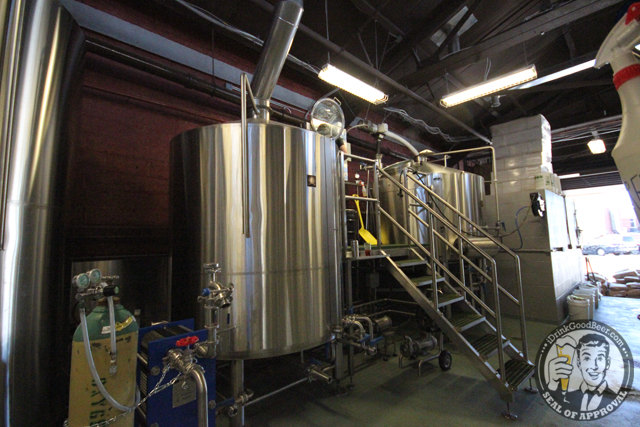 A bigger space means a bigger brew house. This fresh Newlands system will be cranking out the tasty beers that we have come to know and love. 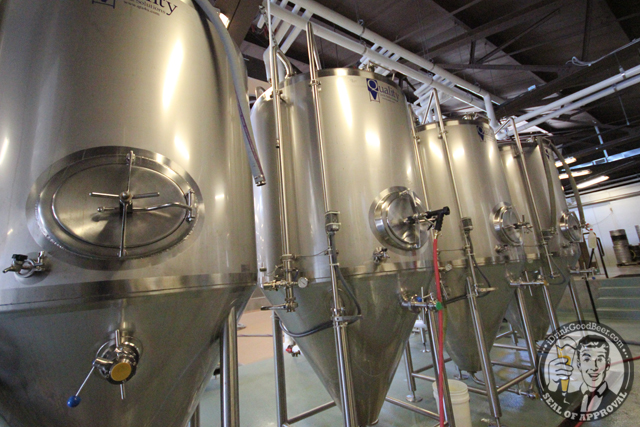 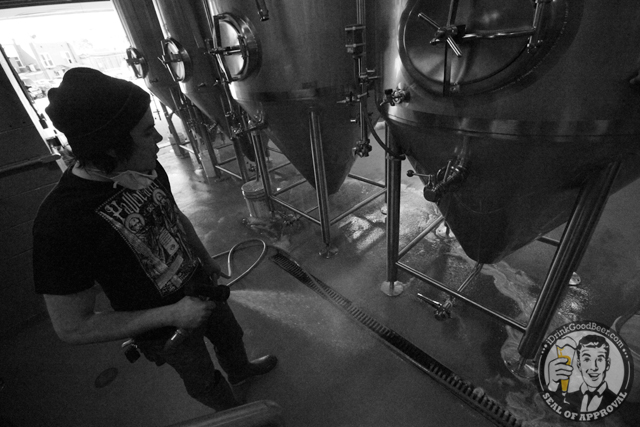 Owner Jean Broillet is no stranger to the local Pennsylvania craft beer scene. Spending time with East Coast staples like Weyerbacher and Iron Hill, Jean has always had a passion for beer and always wanted a place of his own. It’s great to see what he has done with Tired Hands. As I said in the past article, I knew that he was on to something special. Here’s to many years of success sir. 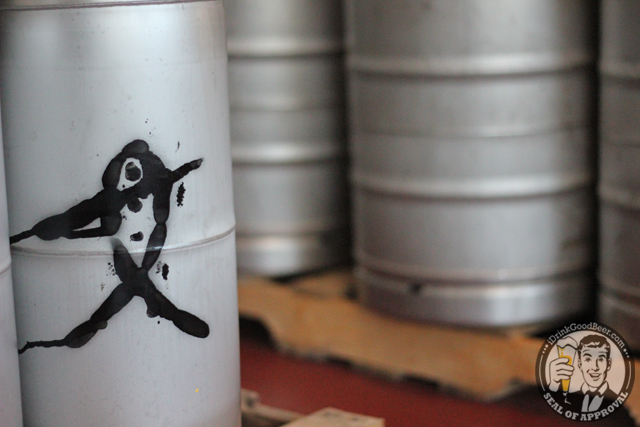 Having a bigger brewery means that they can get their beer out to some of their favorite bars around the area and even Philadelphia. 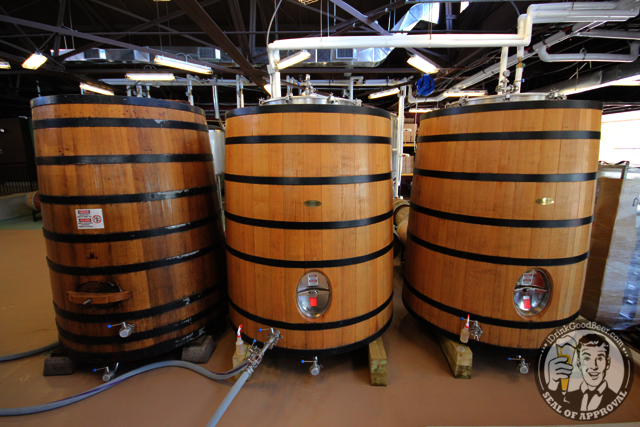 You probably noticed the big oak tanks in picture above. These beautiful foudres will be filled with tasty saisons and over time they will start to develop a nice house characteristic for the beer. 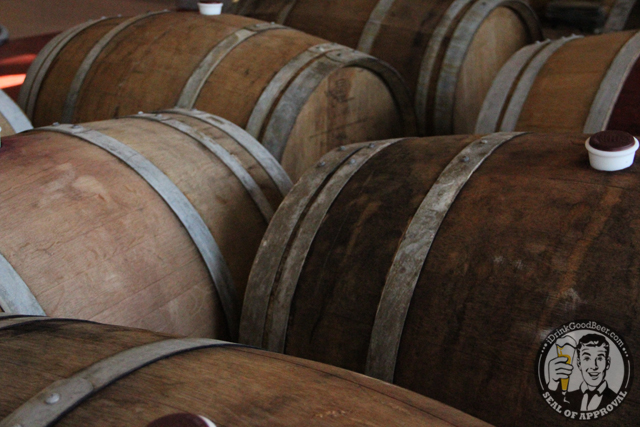 There are around 100 wine barrels throughout the brewery. It’s obvious they love to play with wood here and if you have had one of their barrel aged saisons you would know that the end product is great. 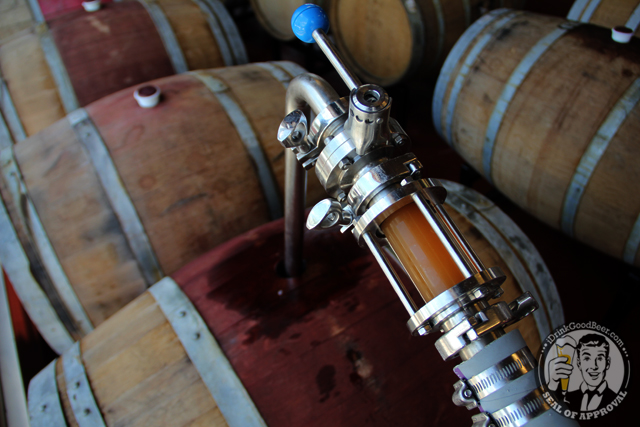 Production Manager, Mike LaRosa, was in the process of emptying one of the foudres into a bunch of red wine barrels. It was a neat process to witness, document and I learned quite a bit about the barrel aging process. Thanks for the crash course Mike. 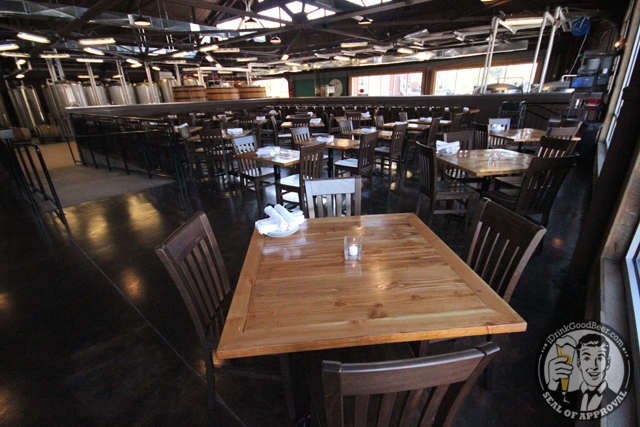 Now on to the rest of the space. Much bigger than the Brew Cafe, the Fermentaria can hold up to 180 people between the seating and bar space. The fact that it’s all open so you can see the brewery is pretty neat. A plus if you like staring at stainless and wood. 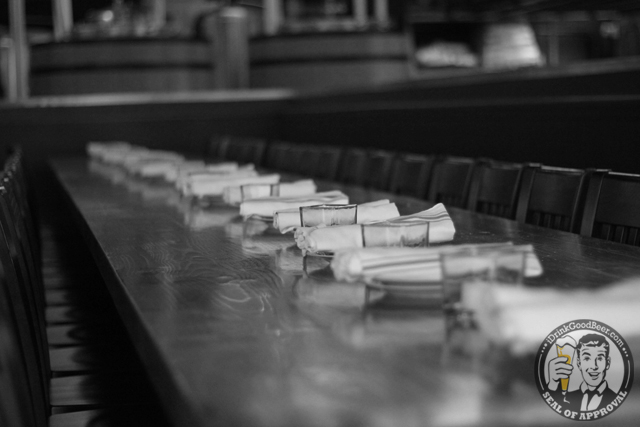 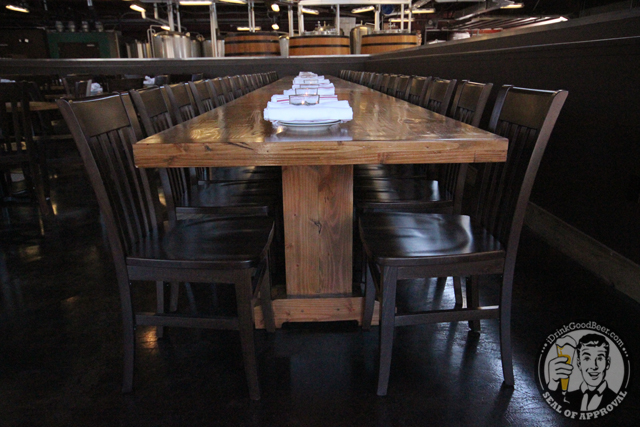 All the tables are hand made by David Bleam and Son just like the ones at the Brew Cafe. Probably the coolest one is the “viking table.” It is pretty long but can also be separated so it can accommodate parties of all sizes. 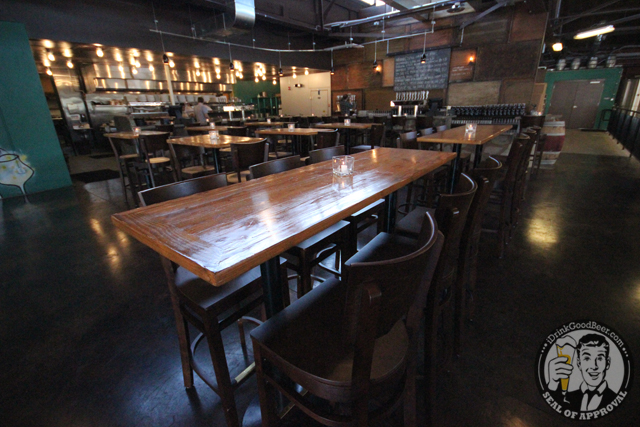 The bar area is filled with high tops and ample seating. Pony up at the bar and you can get a glimpse of the kitchen staff doing their thing. 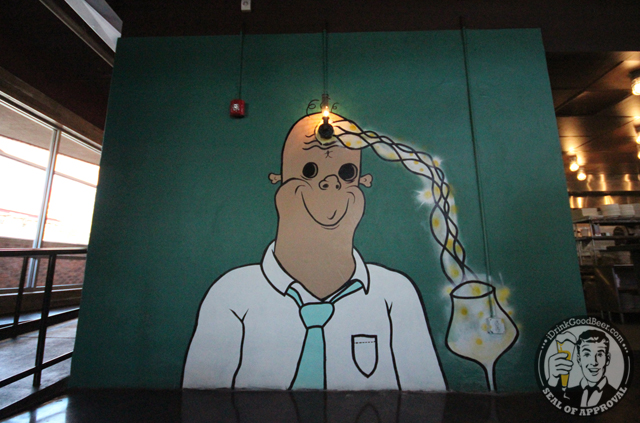 As I said in the previous article the art work is amazing. Jean worked with local street artist, Philip Dahl, to decorate the Fermentaria with some odd yet fun and exciting pieces. 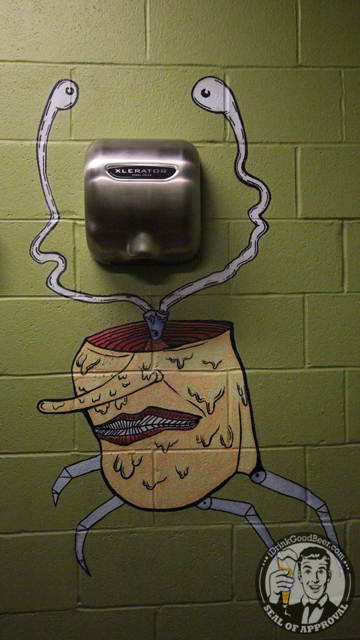 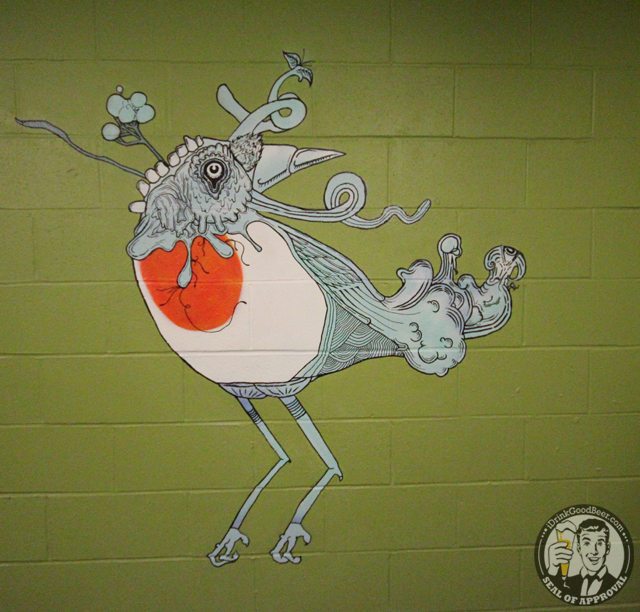 Everything from the walls in the brewery to the bathrooms have something to see. 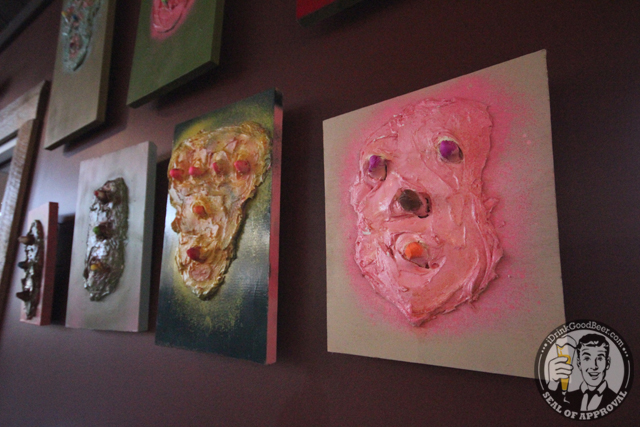 I want these over my mantle. 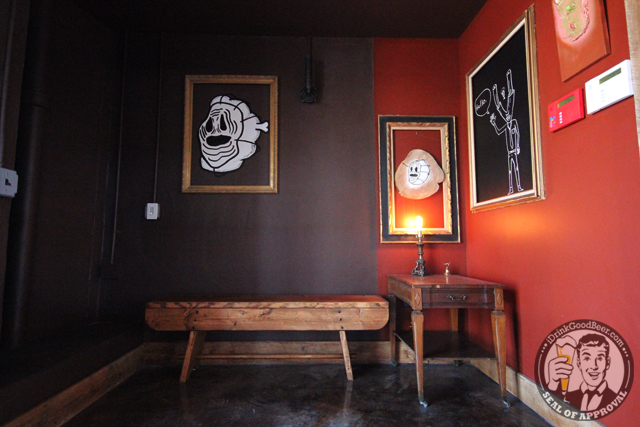 Every where you look there is art. It’s like a gallery itself. 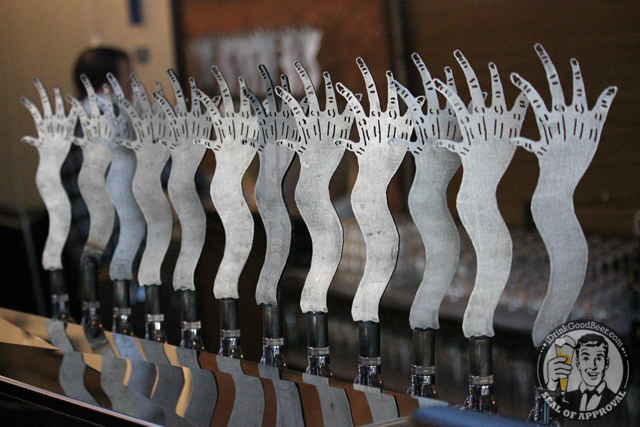 The tap handles are a bit different from those at the Brew Cafe. They are also made locally by Damian Ercole at Aqua Cut Technologies. 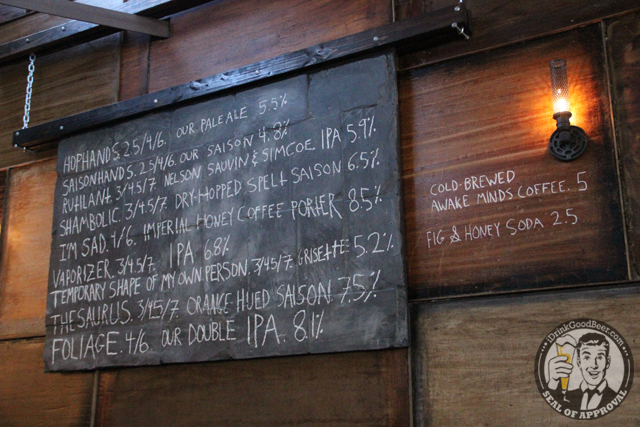 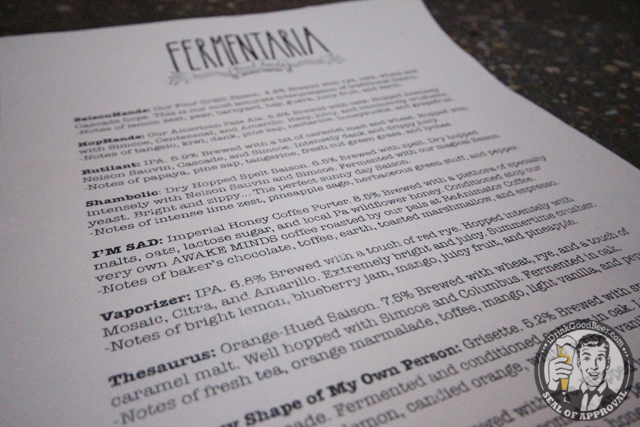 All together there are nine beers on tap here. Of course you will see the staples like Hop Hands and Saison Hands, but there is much more to taste and enjoy. The list differs from that of the Brew Cafe so no two places will have the same beers on at one time. Variety is the spice of life. 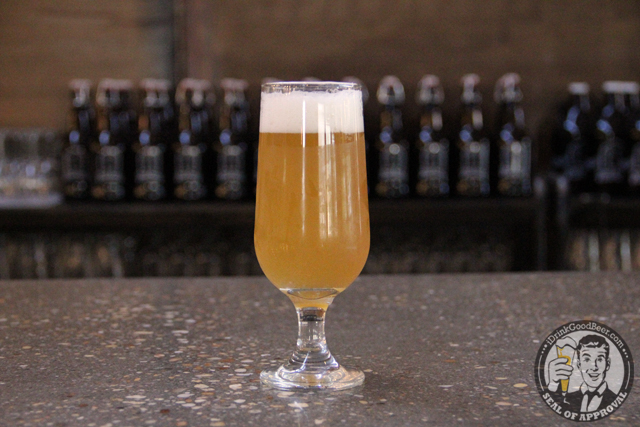 I love Saison Hands. It had been a while since my last glass of the delicious beer so it was nice to revisit it at the new spot. 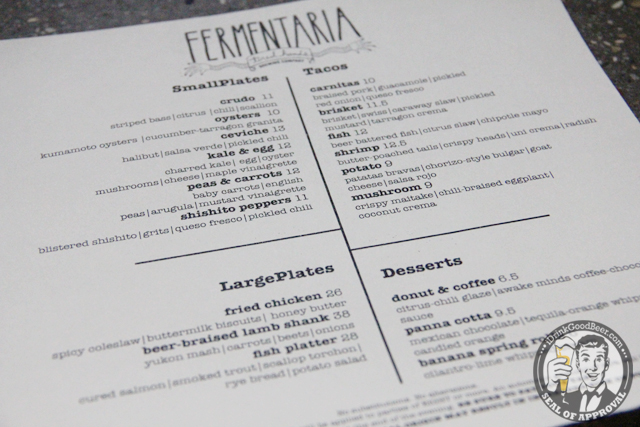 The food menu is also different from the Cafe. Curated by chef Bill Braun, the menu features some small items, tacos and entrees. Whether you want to nosh here and there or have an all out meal, the Fermentaria has something for everyone.

I never turn down tacos when I see them on a menu and neither should you. Especially when the tortillas are delivered fresh every morning. Tortilleria San Roman in Philadelphia has some of the best tacos around so it’s cool to see them team up with a local brewery like Tired Hands. 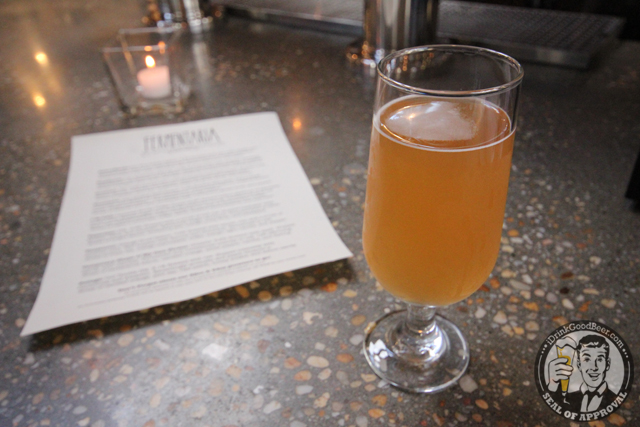 After running around all day it was time for one more beer. I went for the Grissette called Temporary Shape Of My Own Person. Yes it’s a mouth full to say but damn was it good. It was probably my favorite beer between the two spots and a style that more beer makers should take a stab at. Well done Jean. 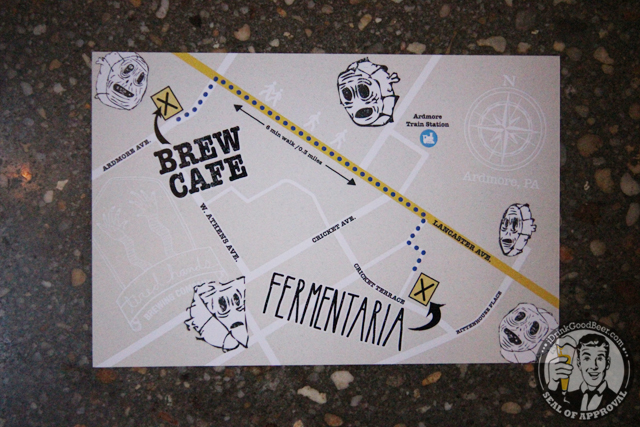 What we have here is a major part of the growing East Coast beer culture. Tired Hands is really something special and to be honest I didn’t think it would become this big of a thing three years ago. It is great to see how Jean has grown this small business, bringing along tasty beverages and interesting ideas to further its success. I personally can’t wait to see what the future holds for everyone at Tired Hands.

That about wraps things up here, I want to thank Jean and the whole staff at both the Brew Cafe and Fermentaria for showing me around and chatting with me. This is hands down one of the best breweries on the East Coast and you owe it to yourself as a beer drinker to check it out. Cheers!