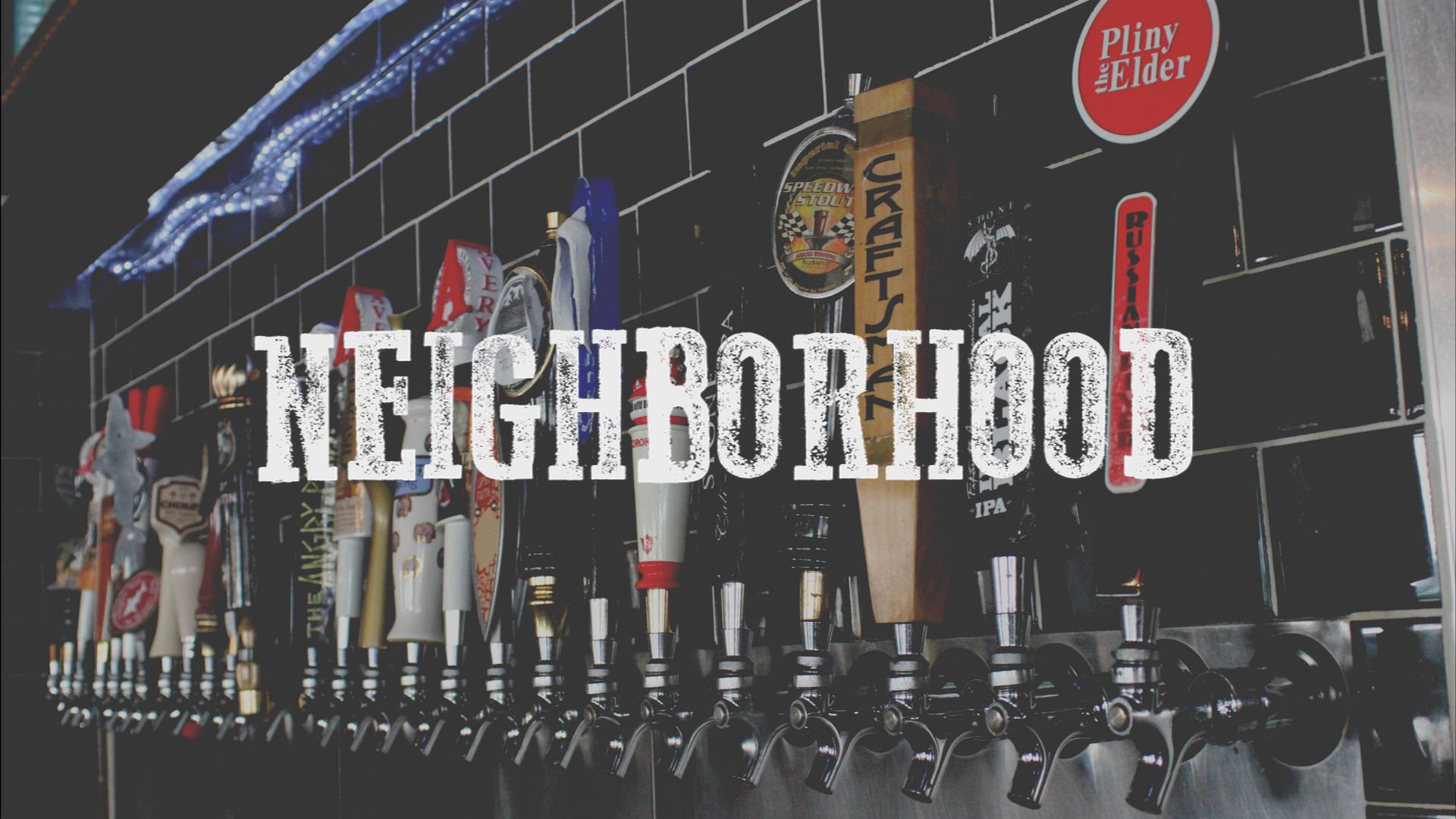 There remains yet another stop in our San Diegan journey which has not been touched upon – Neighborhood. With so many bars to choose from downtown, it’s almost too hard to decide which to patronize.Â  This choice was easy – the sharp presentation pulled us in off the street, while the food and beer kept our attention rapt. This establishment might have vodka and whiskey but it’s all about the beer. Brian and I entertained ourselves with the plethora of beer quotes and culture adorning the wall, chief among which (in my opinion) is Zappa’s “You can’t be a real country unless…” I don’t always eat burgers, but when I do, I have it memorialized through art. I love the chalkboard menu; every type of booze in the house is included. Like I said, they are all about the beer – check out the booth seating. The beer list here is amazing. They had the usual local suspects: Pizza Port, Mission, and Green Flash, but they also had beers from around the world such as Dogfish Head, Delirium, Chimay, and Avery. Having had a bottle of Pliny the Elder days prior, it was a no-brainer to try it on draft. Truly a great IPA. I thought this piece was pretty rad. This tap set up is a beauty to behold. So many beers to try, so little time. Did we mention the food?Â  Brian had a Chicken Panini with sauteed onions and portabello mushrooms, while I tried the Pork Belly sandwich (a culinary first for me). The belly meat was nice and soft, full of warmth and flavor, and was offset nicely by some crunchy fresh greens on top. Before we departed from we had a few samples. Pizza Port Cream Ale, Ale Smith Speedway Stout, and Stone 15th Anniversary – fine brews all. Neighborhood definitely gets my seal of approval. If our choice words and photographs don’t have you convinced, check it out yourself should you wander the streets of San Diego some day soon. The lovely staff, delectable eats, and good beer will quickly ease your doubts (and your appetite).