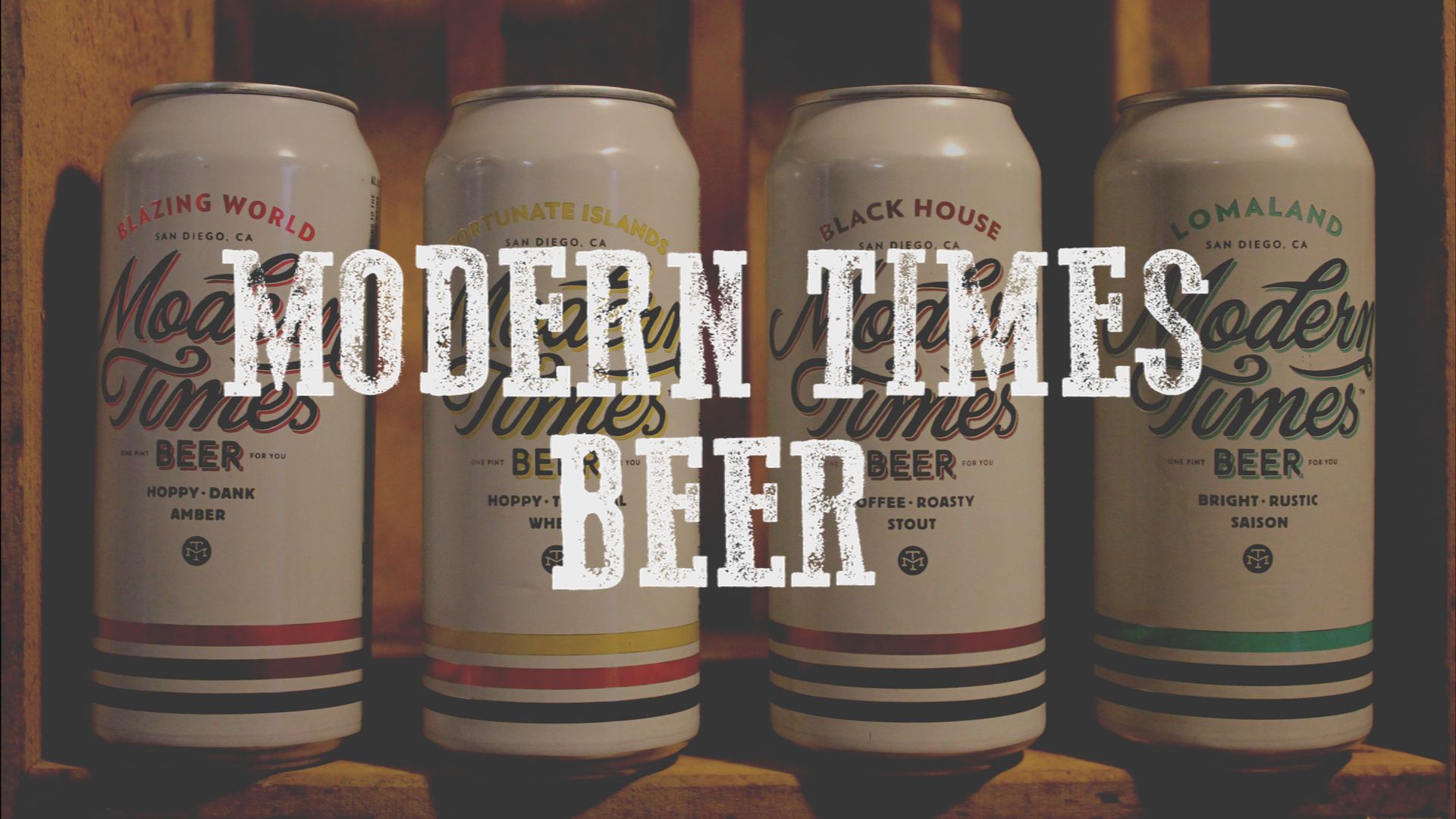 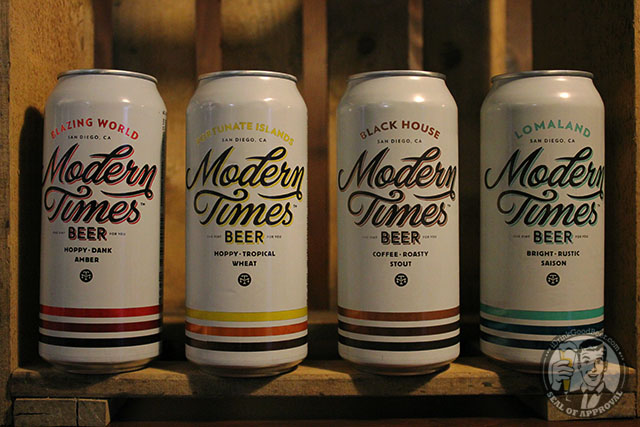 If you know anything about the thriving craft beer scene in America today, you already know San Diego is home to some of the finest breweries in the nation and the locals are no stranger to fresh, quality driven beer. Recent start up Modern Times, is a welcomed addition with four solid session able beers in the convenience of the can, some alluring experimental pilot batches available in the tasting room, and a much anticipated sour/funk program.

We first heard about Modern Times, following the accounts of Mike Tonsmiere through his popular blog, The Mad Fermentationist. Mike is a very talented brewer from the Washington DC area with a knack for sour beers and alternative fermentation. When Mike linked up with Modern Times founder, Jacob McKean, to get on board with recipe development they took a more modern, open source type of approach documenting the home brew development batches via the blog and ultimately sharing exact recipes with the public on the company’s website.

After following each iteration of these beers and ultimately seeing a recipe tweaked into a full fledged production beer, we knew things were going to be good. With much anticipation, we got our hands on some fresh cans of their four core beers – The first of which we tried; Blazing World. 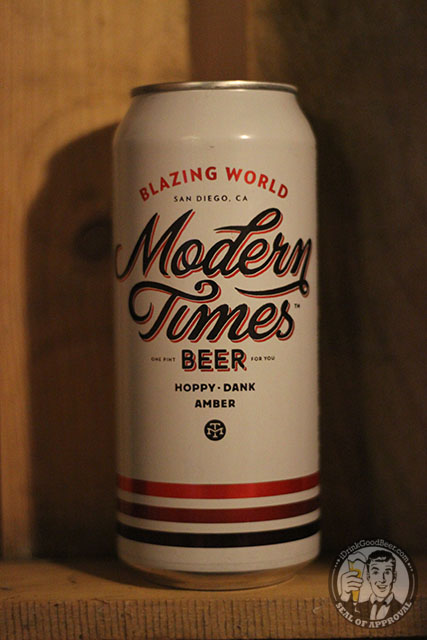 As the packaging simply describes,  a “Hoppy – Dank Amber” loosely inspired by one of our favorite East Coast  amber hop bomb’s – Troeg’s Nugget Nectar. Loaded with some of the hottest new hops, the Mosaic, Nelson Sauvin, and Simcoe come together to make this beer, as they say, the stickiest of the icky. 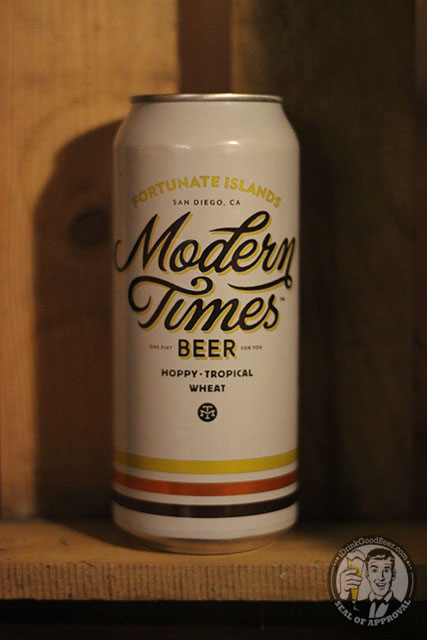 Up next is their hopped up American Pale Wheat, Fortunate Islands. They might as well put dank on this can too because the nose of this beer screamed IPA but at first sip it was light and flavorful. Where most macro brewed wheats fall flat on their face, Fortunate Islands brings revival to a some what bland style with a burst of citrus from Citra and Amarillo hops. 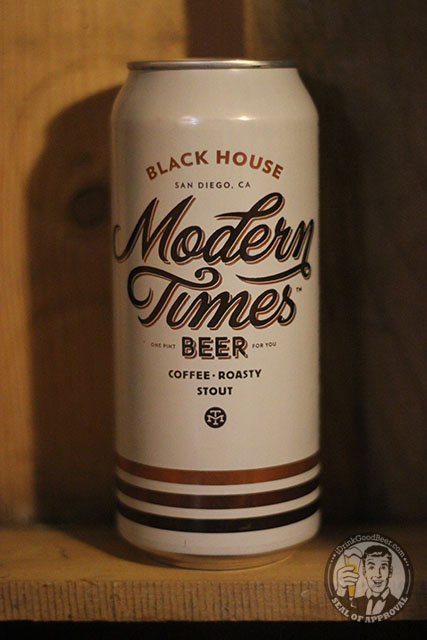 One of the only breweries in the country to roast their own coffee, Modern Times has come out with a pungent oatmeal coffee stout with a blend of Ethiopia and Sumatra coffee that pair nice with the beers dark grain bill.

Lomaland was probably the best of the bunch. We love Saisons here at I Drink Good Beer and this is most certainly one for the record books. Named after the land which it sits, Lomaland is everything the can says; bright and rustic. We found a little funk to it but it was a welcome funk and I am sure the crazy utopians that used to dwell in Point Loma would be damn proud of this farmhouse ale. 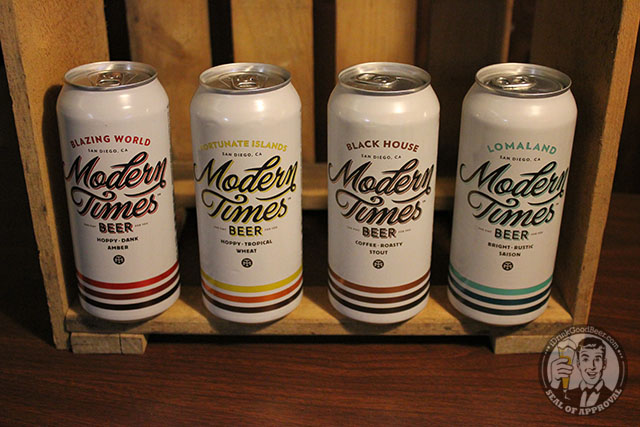 Having all these beers from Modern Times was like a vampire getting their first taste of virgin blood. The Mad Fermentationist & Modern Times team did a fine job crafting these recipes into production beers and we can see them going on to win many awards in the years to come. Even though we have been to San Diego before, there is now yet another reason to come back and that is to visit the Lomaland Fermentorium. Thanks to our friend Dale Williams over at Beer Track Mind for trading with us, check out his blog here and give him a follow on Instagram. He is an awesome guy and we can’t wait to trade more with him in the future.