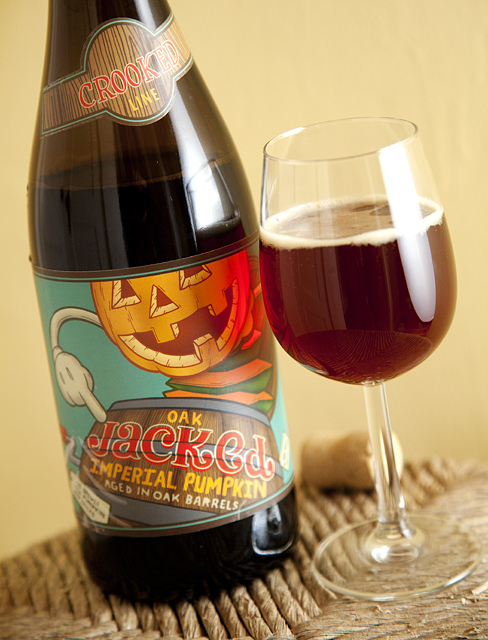 Itâ€™s great to see good ale coming out of Utah.Â  Uinta Brewing Company has been brewing solid beer since 1993.

In 2010 they released a series of beers called the Crooked Line.Â  Each beer is offered in 750ml bottles, is corked, and is intended to be shared like a bottle of wine.Â  There are currently five beers that are part of the Line.Â  All are boldly flavored and fairly high in alcohol content.Â  For added flair UBC had a different local artist design a special graphic for each of the five beers.

I was in the mood for an IPA so I picked up their Detour Double IPA, but couldnâ€™t resist trying the other sitting right next to it, Oak Jacked Imperial Pumpkin, even though the time for fall seasonals is pretty much over.

I ended up trying the pumpkin first, mainly because I had never seen an imperial pumpkin; let alone one thatâ€™s been aged in oak barrels!Â  I also thought it was pretty creative to come up with a pumpkin beer that had an ABV of 10.31% (October 31st).Â  The ale poured a nice reddish amber color.Â  First impression based on smell was good.Â  You definitely get the oak right away with hints of the fall spices used during Â brewing.Â  Taste was very smooth.Â  Flavors from the barrels used during aging really carry this beer.Â Â  The pumpkin wasnâ€™t over powering either (which is one reason why Iâ€™m easily turned off by pumpkin ales).Â  I actually started to notice it more as I drank it, but ended up liking that.Â  All in all this is a very good fall, seasonal beer.

Iâ€™d have to say the IPA was my favorite of the two.Â  The smell from the pour filled my kitchen right away so I knew it would probably be tasty.Â  The citrusy, fruity smell was accompanied by a huge head.Â  That made for some great photos, but also made me impatient when I was shooting it.Â  First sip was exactly what I expected.Â  This beer has a very citrusy profile.Â  Four kinds of hops made for a great IPA.Â  There was a nice bitterness that lingered for a bit, but faded to a nice dry finish. 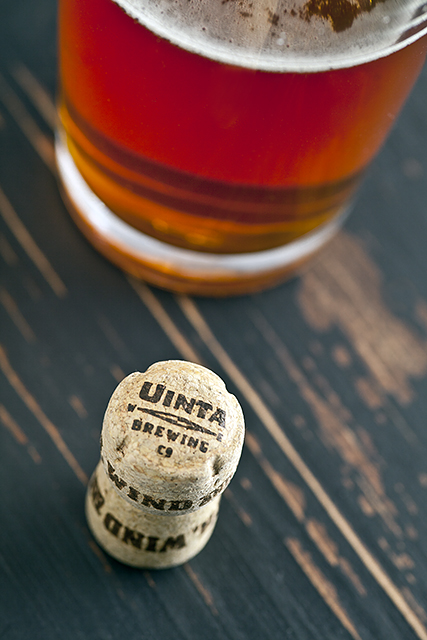 Iâ€™ll definitely be trying some more of the Crooked Line beers.